France will not stop its policy of expelling Roma after almost 1,000 people were sent back to Romania and Bulgaria, ministers said on Monday. 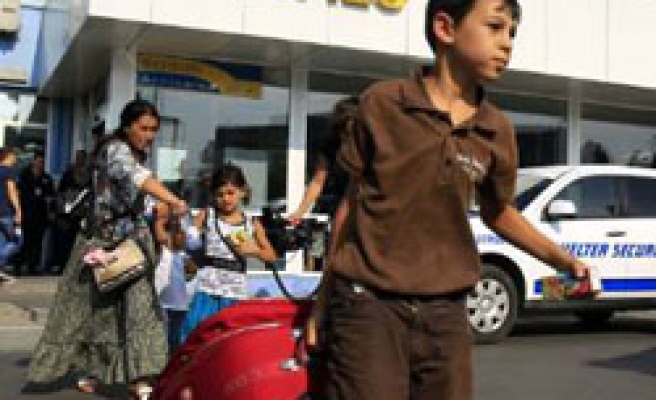 France will not stop its policy of expelling Roma after almost 1,000 people were sent back to Romania and Bulgaria, ministers said on Monday.

President's Nicolas Sarkozy is facing mounting pressure from rights groups, left-wing opponents and even some politicians from his own conservative camp on the policy, which was last week slammed by a United Nations human rights body.

"The removal of illegal camps will continue because it is legitimate and necessary," Interior Minister Brice Hortefeux said at a joint news conference with the immigration and European affairs minister.

"France is not a wasteground," he added.

Police on Thursday put 300 Roma on planes departing from Paris and Lyon, in the latest wave of what Sarkozy's government calls a "voluntary" repatriation scheme. The flights brought the number of Roma expelled from France this year to more than 8,300.

Immigration Minister Eric Besson, who travels to Brussels on Tuesday to discuss the issue with the European Commission, said 979 Roma had been repatriated since July 28 and two more planes would leave later this month.

The minister is also proposing amendments to ease deportation laws that would include expelling people for repeated public order offences such as "aggressive begging".

The U.N. Committee for the Elimination of Racial Discrimination on Aug. 27 urged France to try to integrate members of the EU's biggest ethnic minority as part of a Europe-wide solution.

More than 10 million Roma live in the EU, roughly a fifth of them in Romania. Forming the bloc's largest minority, they struggle with poverty and social exclusion, with limited access to education, health care and jobs.