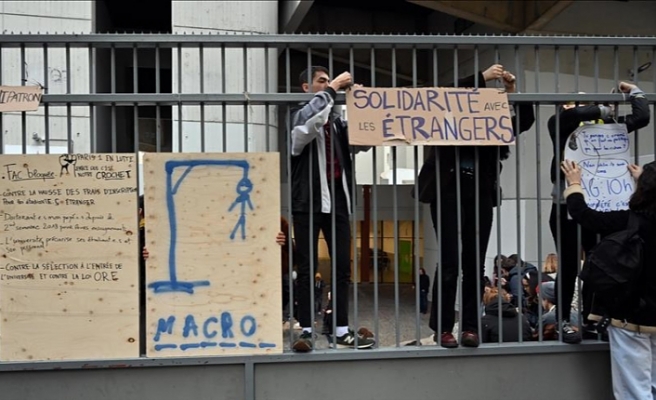 French police detained 32 students Wednesday who were taking part in protests against government plans to overhaul the country’s approach to education.

Students in a number of cities have been protesting against President Emmanuel Macron's educational policies. The major reforms by with his administration include changes to the Baccalaureate Examination, which students must pass to be eligible to enter university.

Six students were detained in a demonstration in Stalingrad Square in Bordeaux after they damaged vehicles and threw projectiles at police.

In southern Toulouse, another 13 students were detained for harming the environment and attacking police.

Tensions were also high between the police and students in the Henin-Beaumont commune, where students set fire to a large number of waste bins in front of a high school. Thirteen students were detained in demonstrations.

Around 100 high schools throughout the country were blockaded Monday by students protesting the education reform, with lessons at the schools fully or partially disrupted.