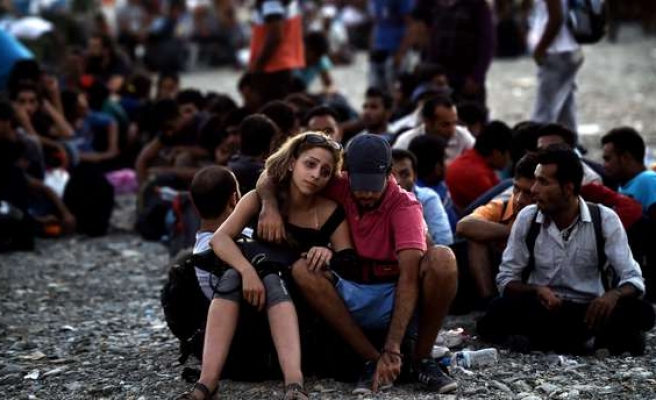 Germany, France and Italy called for an overhaul of laws on the right of asylum and a fairer distribution of migrants throughout the European Union, Italy's foreign minister said Wednesday.

The foreign ministers of the three countries signed a joint letter emphasising "the shortcomings" of the current European asylum system.

In the letter, signed by Frank-Walter Steinmeier, Paolo Gentiloni and Laurent Fabius, they called for "a fair distribution of refugees" throughout the European Union.

"The current refugee crisis is putting the European Union and all of its member states to a historic test. Over the past weeks, this crisis has become even more dramatic," it read.

"Europe must protect refugees in need of protection in a humane way – regardless of which EU country they arrive in."

The document was addressed to the EU's foreign policy chief, Federica Mogherini, ahead of an informal meeting of EU foreign ministers in Luxembourg on Friday and Saturday.

Italy has long called for an EU policy on immigration and the creation of a EU law on asylum, something that would require the reform of existing legislation.

Accords reached in Dublin in 1990 on the right of asylum oblige refugees to make their case in the first EU country they reach, where they should also be registered.

But countries in northern Europe complain that Italy and Greece fail to identify the new arrivals, allowing many to continue travelling to seek asylum elsewhere.