German Foreign Minister and his French counterpart praise the progress already made by the Ukrainian government, but called for more, notably in the fight against corruption 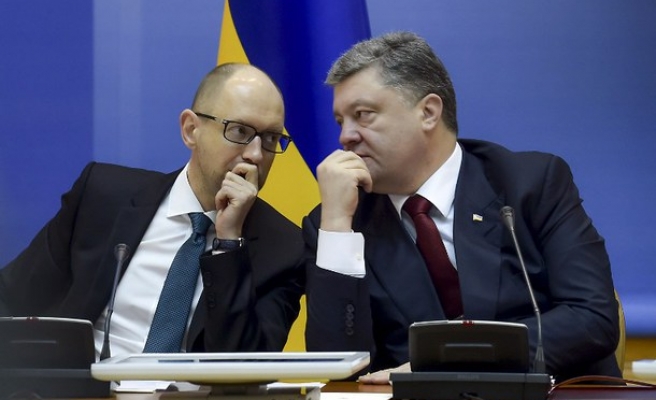 The French and German foreign ministers, who head to Kyiv for talks on Monday, have urged Ukraine to push forward with reforms in the spirit of the movement that ousted Russian-backed president Viktor Yanukovych two years ago.

German Foreign Minister Frank-Walter Steinmeier and his French counterpart Jean-Marc Ayrault, in Monday's edition of the Frankfurter Allgemeine Zeitung paper, praised the progress already made by the Ukrainian government, but called for more, notably in the fight against corruption.

The reforms are so important that "all political and economic forces in the country aware of their responsibilities" should take part, the pair wrote ahead of their two-day trip, beginning Monday.

While in Ukraine the two European diplomatic heavyweights will attempt to consolidate a fragile ceasefire in eastern Ukraine while taking a reading on the state of the equally fragile pro-Western government.

The two foreign ministers stressed the need to "remain faithful to the spirit of Maidan," a reference to the bloody revolution that ousted Russian-backed president Viktor Yanukovych in February 2014.

Ukraine's attempts at reform have been hampered by the conflict in the east where, despite the truce agreed last September, clashes continue to erupt sporadically between government troops and separatists, the foreign ministers noted, insisting on the need to enact the peace agreement signed in Minsk a year ago.

The Minsk deal is a package of measures agreed by the leaders of France, Germany, Ukraine and Russia in the Belarusian capital last February.

The accords effectively brought the major hostilities in Ukraine to an end after more than 9,000 people were killed in a civil war that broke out the previous April.

The West and Kyiv have accused Russia of fuelling the separatist insurgency in the east and sending regular troops across the border, claims that Moscow has repeatedly denied.

The war-scarred former Soviet republic has been riven by weeks of political chaos that culminated in a failed bid by parliament earlier this month to oust Prime Minister Arseniy Yatsenyuk's government over its perceived failure to fight graft.

Yatsenyuk, criticised abroad for the slow pace of reforms which are deeply unpopular at home, is also suffering from the corruption scandals swirling around his entourage.