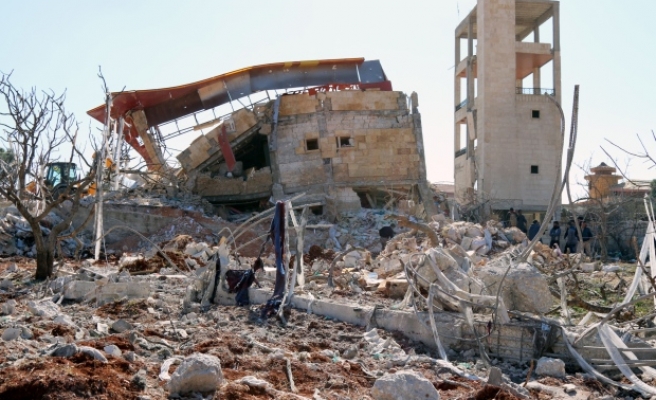 France on Tuesday sharply condemned a series of deadly bombings against hospitals in northwestern Syria, saying that the attacks amount to a "war crime".

The French UN Ambassador Francois Delattre told reporters in New York that the Security Council must assume its responsibilities to stop "attacks against medical facilities by the regime and its allies".

"Respecting humanitarian law is not a favor to ask. It's an obligation, an absolute obligation according to the international law," he said.

His remarks came a day after approximately 50 civilians, including children, were killed by missile attacks on at least six medical facilities in Aleppo and Idlib.

Syrian regime ally Russia has been accused of being responsible for the strikes, which came amid UN efforts to facilitate a cease-fire in the war-torn country.

According to Delattre, the "deliberate" attacks and developments on the ground are "in many respects, the exact opposite" of commitments made in an agreement among international and regional powers signed last week in Munich, Germany, to work toward a temporary “cessation of hostilities”, as well as the Security Council's Dec. 18 resolution that endorsed a road map for peace process.

"In some respects, never has the gap between the texts and the reality been so wide,” he added.