France not planning to deliver lethal weapons to Ukraine

A French diplomatic source said arming Ukrainian authorities would not be coherent at a time when Western powers are asking Russia to stop providing separatists with weapons. 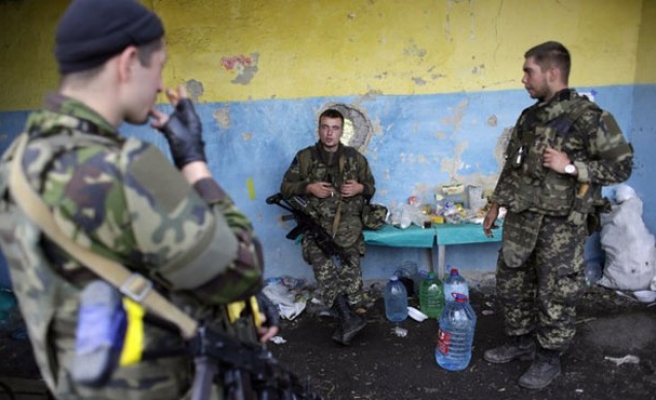 France will not for the moment deliver weapons to Ukraine for its fight with pro-Russian separatists, Defence Minister Jean-Yves Le Drian said on Wednesday.

"We have no intention of delivering weapons at this stage to Ukraine," Le Drian said at a news conference with Canadian counterpart Robert Nicholson.

The United States is reconsidering whether to provide weapons to Ukraine in its fight against Russian-backed separatists, senior administration officials said on Monday, adding that no decision had been made.

Defence Minister Le Drian repeated Paris' stance that there had be a political solution to the crisis, but that Europe would press ahead with sanctions.

"Russia's position with regard to the Ukrainian separatists is not acceptable," he said. "We will continue with sanctions, but at the same time we have to avoid by all means this ongoing situation that is getting worse and could lead to even worse tensions."

French President Francois Hollande, the first head of a leading Western power to meet Putin in Russia since Moscow annexed the Crimea peninsula in March 2014, has urged all parties to respect a truce deal.

A French diplomatic source said arming Ukrainian authorities would not be coherent at a time when Western powers are asking Russia to stop providing separatists with weapons.

"We don't want to add war to the war," the source said. "There has to be a return to dialogue and a ceasefire."