The death of French tourist Herve Gourdel, who was beheaded in Algeria just 24 hours after an ultimatum was given to France to halt attacks in Iraq, appeared on toughen Paris' resolve. 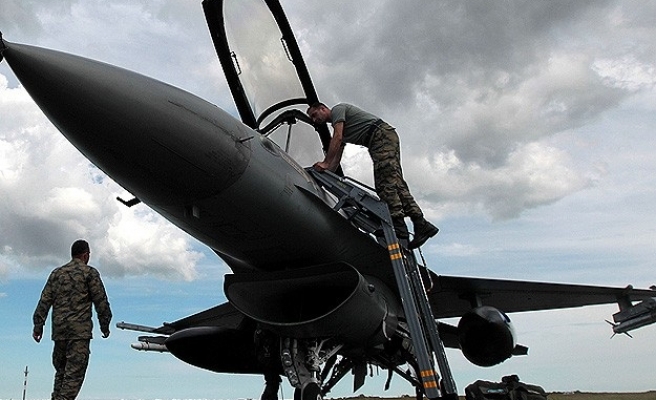 France on Thursday opened the door to possibly joining air strikes in Syria just hours after an Algerian group beheaded a French tourist in retaliation for Paris' military action against ISIL militants in Iraq.

France has repeatedly ruled out taking part in air action in Syria where ISIL has its power base. It fears that strikes against militants there would leave a void that only Syrian President Bashar al-Assad's forces could fill, making it difficult for "moderate" rebels to counter the more organised Syrian army.

But the death of French tourist Herve Gourdel, who was beheaded in Algeria just 24 hours after an ultimatum was given to France to halt attacks in Iraq, appeared on toughen Paris' resolve.

"The opportunity is not there today. We already have an important task in Iraq and we will see in the coming days how the situation evolves," Defence Minister Jean-Yves Le Drian told RTL radio.

Pressed further on whether it was a possibility in the future, Le Drian, who is taking part in a war cabinet meeting on Thursday, said: "The question is on the table".

U.S. and coalition planes pounded ISIL positions in Syria on Wednesday, but the strikes did not halt the fighters' advance in a Kurdish area where fleeing refugees told of villages burnt and captives beheaded.

France last week became the first foreign government to join the United States by conducting air strikes in Iraq against the ISIL, a militant group that has seized a third of Iraq and large swaths of territory across Syria.

Until recently, French officials had said the question of striking Syria was hypothetical given they had not been asked to do so by the U.S. and coalition partners, and that its efforts would centre on providing weapons and training to Syrian rebels on the ground.

President Francois Hollande, who has previously sanctioned weapons deliveries to rebels, late on Wednesday met the President of the Syrian National Coalition at the U.N. General Assembly promising to increase support for the group.

Already this week there was a slight shift in the French position. Ahead of the start of U.S, and Arab strikes in Syria on Monday, Foreign Minister Laurent Fabius said Paris no longer saw any legal barrier to Syrian air strikes.

Speaking to France Info radio on Thursday, Fabius, who reiterated there was no future for Assad, said the war cabinet would review the French mission against ISIL, including in Syria.

"Syria is different. There are two enemies. We are going to focus on strengthening the Syrian opposition, but by striking ISIL we shouldn't strengthen Assad," Fabius said.

"Strikes have to be carried out, which the Americans are doing, but we also need to denounce Assad who remains a dictator and reinforce the moderate opposition."

Gourdel's death appeared to unite politicians, religious leaders and the public on Thursday with calls for greater action against ISIL, which has specifically urged its followers to attack French citizens.

That has prompted Paris to warn 30 of its embassies across the Middle East and Africa of an increased threat and to tighten security across France.

The Muslim Council in France called for a rally of French Muslims to take place on Friday against ISIL.