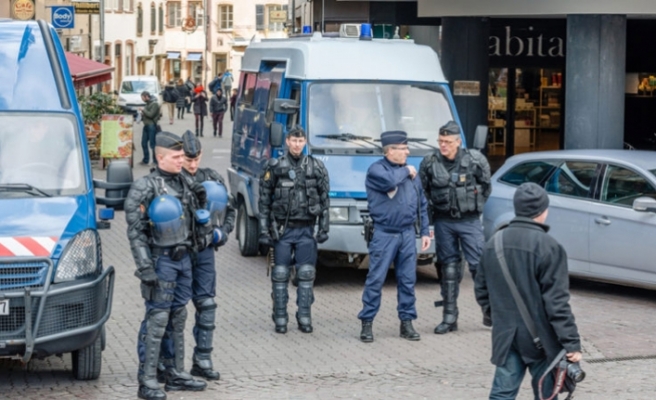 Yellow Vest protests, which started as a reaction to fuel tax hikes and evolved into an uprising against French President Emmanuel Macron, continues on Saturday despite the government’s call to halt it.

Earlier, local state broadcaster France info reported that at least 25 people were arrested in Paris on Saturday ahead of the planned protests.

The number of people arrested last week during same hours was over 500.

On Thursday, Maxime Nicolle, one of the prominent figures of the Yellow Vest movement, said they will hold protests despite the government's calls to stop after Strasbourg shooting.

The protesters gathered on the Champs-Elysees and the Opera Square once again in the fifth weekends of the demonstrations.

Sometimes tension escalates between the police and protesters, who are less in number compared to past weeks.

One protester got his eye injured, when a teargas capsule hit him, according to some protesters, and he was referred to a hospital.

The French police used teargas to disperse the crowd, who spread to streets near the Champs-Elysees.

Stores and restaurants on the iconic street are closed, with many metro lines are out of service due to the protests.

Police said that around 16,000 people have attended protests across the country so far, and streets and roads were blocked 199 times.

A total of 89,000 police officers are on duty in the country, 8,000 of which are in Paris together with 14 armored vehicles.