France has been under pressure for months from its Western allies to scrap the 1.2 billion euro ($1.58 billion) contract. 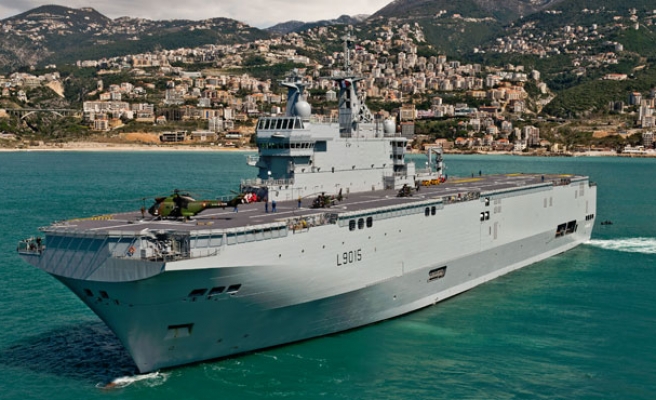 France suspended indefinitely on Tuesday delivery of the first of two Mistral helicopter carrier warships to Russia, citing conflict in eastern Ukraine where the West accuses Moscow of fomenting separatism.

Russia's Deputy Defence Minister Yuri Borisov told RIA news agency Russia would not for now pursue claims against France over non-delivery, but expected the contract to be fulfilled.

"We are satisfied with everything, it's the French who are not satisfied. We will wait patiently," Borisov was quoted as saying. "Everything is laid down in the contract, we will act in accordance with the letter of the contract as all civilized people do."

France has been under pressure for months from its Western allies to scrap the 1.2 billion euro ($1.58 billion) contract, but faces potential compensation claims if it breaches terms. Suspension of contracts is a sensitive issue at a time when France is finalising other military deals.

"The President of the Republic considers that the situation in the east of Ukraine still does not permit the delivery of the first BPC (helicopter carrying and command vessel)," said a statement from President Francois Hollande's office.

"He has therefore decided that it is appropriate to suspend, until further notice, examination of the request for the necessary authorisation to export the first BCP to the Russian Federation."

The United Nations says over 4,300 people have been killed in a pro-Russian separatist insurrection in eastern Ukraine which the West says Moscow has promoted. Russia for its part denies any involvement but accuses the Ukrainian military of using indiscriminate violence against civilians.