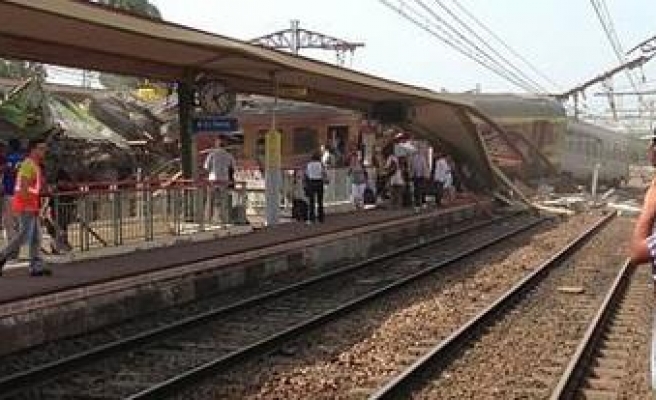 French police are investigating the suspected sabotage of a rail track used to transport nuclear material and which caused the derailment of a locomotive the same day as a fatal passenger train accident, officials said on Friday.

No link has been found between the July 12 derailment of the slow-moving locomotive near the central city of Limoges and the derailment several hours later of a train in Bretigny-sur-Orge just south of Paris which killed six people and injured dozens.

A local newspaper reported that the Limoges derailment was caused by a loose steel plate that should have remained bolted onto the track. The same component, known as a fishplate, is blamed for causing the Bretigny-sur-Orge accident.

"We have filed a legal complaint ... This is unacceptable behaviour that can in no way be justified," said a spokesman for French nuclear group Areva, which has exclusive use of the line to transport depleted uranium.

National rail operator SNCF has also filed a complaint and local police have been charged with the investigation, a source close to the SNCF said. No one was injured in the incident.

Le Populaire du Centre newspaper said the derailment had been caused by the removal of a steel plate of about 10 kg (22 lb) normally held onto the track with bolts. The track was also lifted and the rail crossings dislodged, the paper wrote.

Investigators there are still trying to understand how the bolts holding down the fishplate could have come unscrewed or broken, although there is no evidence of sabotage in that case. The SNCF is checking France's 5,000 rail switch points.