France is upgrading its diplomatic relations with the Palestinian Territories to back international efforts toward creating a Palestinian state. 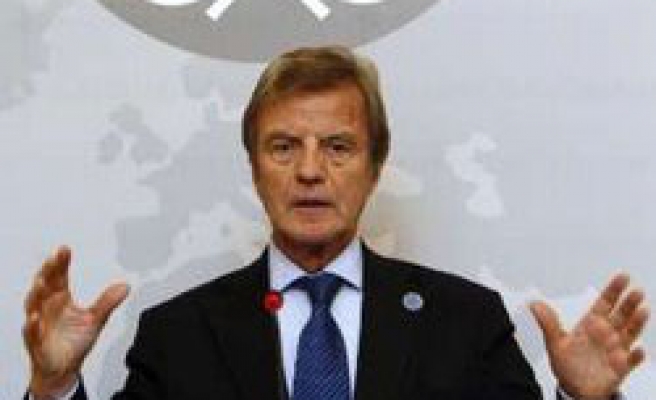 France is upgrading its diplomatic relations with the Palestinian Territories to back international efforts toward creating a Palestinian state, the French foreign minister said Monday.

Bernard Kouchner said the Palestinian diplomatic representation in France — which was called a "delegation" and headed by a "general delegate" — will henceforth be considered a "mission" headed by an "ambassador, chief of mission."

The Palestinian Authority has 58 full-fledged embassies in Arab, Islamic and African countries, as well as countries in Eastern Europe, Khreisheh said.

"France supports the creation of a viable, democratic and independent Palestinian state side by side with Israel by the first quarter of 2012," Kouchner said. "2010 must see a decisive push towards peace. If we wait, we will take a step back in our chance for (it)."

The French decision would help lay the basis for future Palestinian institutions and guarantee the credibility of an independent state, Kouchner added.