'We must be prepared to respond if the national unity government of al-Sarraj asks for help, including on the military front,' France's top diplomat says 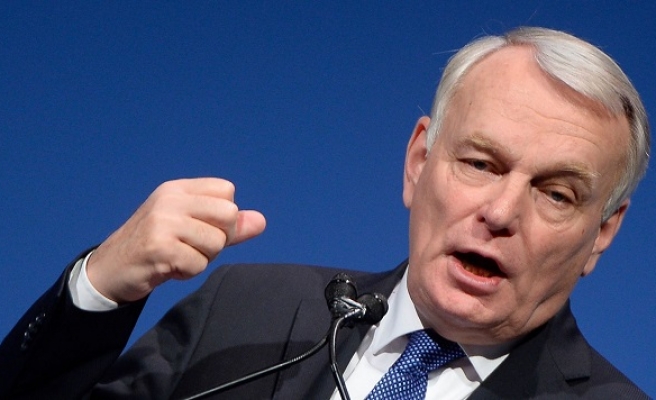 The country's UN-backed unity government is trying to assert its authority in Tripoli, but the sudden arrival of a new prime minister-designate has drawn fury from the unrecognised body in charge of the capital.

"Libya is a concern shared by all the countries of the region and beyond," Ayrault said in comments to a French newspaper.

"The chaos which reigns there today aids the rapid development of terrorism. It is a direct threat to the region and to Europe," he said.

While ISIL militants are being pushed back in Syria and Iraq with the help of international intervention, the extremists are gaining ground in Libya, the foreign minister warned.

"We must be prepared to respond if the national unity government of (prime minister-designate Fayez) al-Sarraj asks for help, including on the military front," he said.

Asked specifically on the likelihood of military intervention, Ayrault replied: "That will depend on the legal government. To think of launching air strikes outside of the political process is not an option."

Libya's unrecognised authorities in control of Tripoli on Wednesday demanded that the head of a UN-backed unity government Fayez al-Sarraj leave just hours after he arrived in the capital.

In a televised address, the head of the Tripoli authorities Khalifa Ghweil said Sarraj's government was "illegal", asking him to leave the capital or to "hand himself in".

Ayrault cautioned that the international community must avoid the mistakes of the past, citing military intervention in Iraq.

"That (action) upset the region and brought about extremism and Daesh," he said, referring to the ISIL group.

Libya has had two administrations since mid-2014 when the militia alliance overran Tripoli, setting up its own authority and forcing the internationally recognised parliament to flee to the country's remote east.

International leaders, increasingly alarmed by the rise of extremists and people-smugglers in the impoverished North African state, have called on Libya's political rivals to back the unity government.

The United States and its European allies have threatened action against those who undermine the political process.