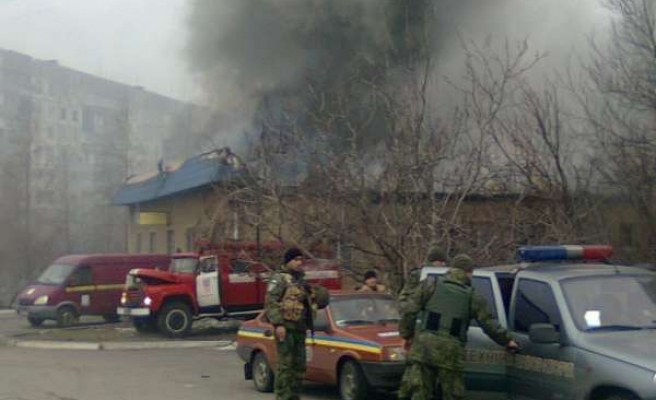 "The problem today is particularly around Mariupol. We've told the Russians clearly that if there was a separatist attack in the direction of Mariupol things would be drastically altered, including in terms of sanctions," Fabius toldFrance Info radio.

"At a European level the question of sanctions would be asked again," said Fabius, who hosted on Tuesday a meeting with his Russian, Ukrainian and German counterparts in which they renewed calls for an oft-breached ceasefire agreement to be respected.

Kiev fears Mariupol, with its 500,000 people, could be the next major rebel target, its foreign minister Pavlo Klimkin said after the Paris talks.

Its capture could open a corridor to the south, including the already annexed Crimean peninsula.

Rebel commander Eduard Basurin said on Tuesday that the rebels still aimed to gain control of the entire territory of east Ukraine's two rebellious provinces, including Mariupol, but would seek this through "negotiations with the Ukrainian side".

Basurin denied Kiev's assertions that there were serious clashes in villages near Mariupol, saying there had been provocations from the Ukrainian side but no major incidents.