France to host conference on Iraq crisis on Sept. 15

On Friday, Hollande will travel to Iraq to prepare the meeting and offer support to leaders combating the insurgents 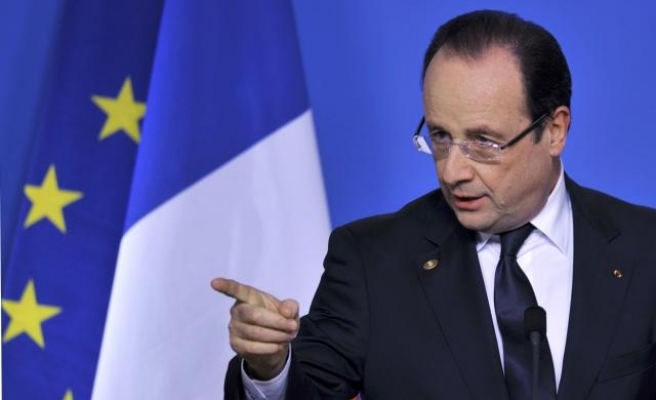 France will host an international conference on Iraq's security crisis on Sept. 15, French President Hollande's office said on Tuesday, as a multi-national coalition tries to marshal an offensive against ISIL insurgents.

On Friday, Hollande will travel to Iraq to prepare the meeting and offer support to leaders combating the insurgents, becoming the first Western head of state to visit Iraq since ISIL seized swathes of Iraqi territory this year.

Iraqi President Fuad Masum and leaders of regional and global powers will attend the conference in Paris, which comes days after the United States announced the creation of a 'core coalition' to combat ISIL militants in Iraq.

The conference aims to coordinate efforts to fight the group and disrupt its financing, help Iraq form a new government, and accelerate humanitarian aid for populations in conflict areas, a French diplomatic source said.

While U.S. President Barack Obama has said the coalition will only attack ISIL fighters in Iraq, coalition partners including Britain have raised the possibility of striking them in Syria without asking for Syrian government approval.

"We need to think of ways to attack Daesh (ISIL), which may in addition weaken (Syrian President Bashar) al Assad," the source said, adding that the coalition was reviewing legal options to launch such operations.

France, which has delivered some weapons to Iraqi Kurdish peshmerga soldiers fighting ISIL, wants to maintain autonomy in any direct action and has yet to receive any U.S. request to join in strikes, the source said.