Kiev and its Western allies are trying to determine whether the separatists will now halt, or advance deeper into territory the Kremlin calls "New Russia" 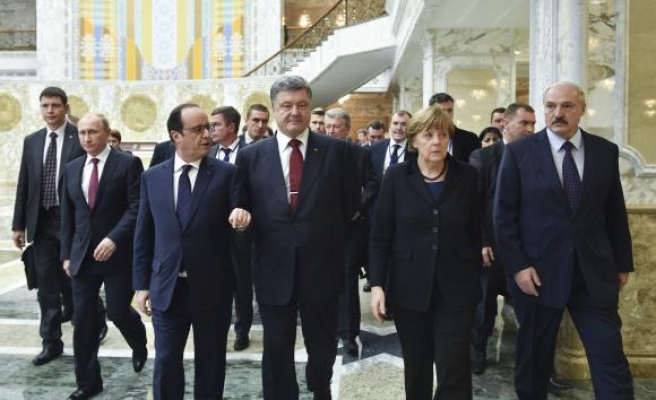 The foreign ministers of France, Germany, Russia and Ukraine will meet on Tuesday inParis in an effort to get a stalling peace deal between the central authorities and separatists rebels back on track, a French diplomatic source said.

More than a week after a ceasefire agreement that Moscow-backed rebels ignored to capture a strategic town, Kiev and its Western allies are trying to determine whether the separatists will now halt, or advance deeper into territory the Kremlin calls "New Russia".

"It is the follow-up to the Minsk accords to ensure that they are implemented, such as withdrawing heavy weapons," the source said.

Ukraine's military said on Monday it could not start withdrawing heavy weapons from the front line in the east as pro-Russian separatists had not stopped attacking government positions despite a ceasefire deal.

"The situation is evolving hour by hour so it makes this meeting more and more significant."

Germany and France mediated the peace deal that came into effect a week ago. They still hope it can be resurrected, even though the rebels ignored it to inflict to seize the town of Debaltseve after encircling thousands of Ukrainian troops.

"If things are blocked because the agreement cannot be implemented, then there will be a frank discussion on why and how to move forward," the source said.

Germany Chancellor Angela Merkel said last week new sanctions against Russia were an option if the peace deal continues to be violated.