France to 'strengthen' relations with Russia despite sanctions 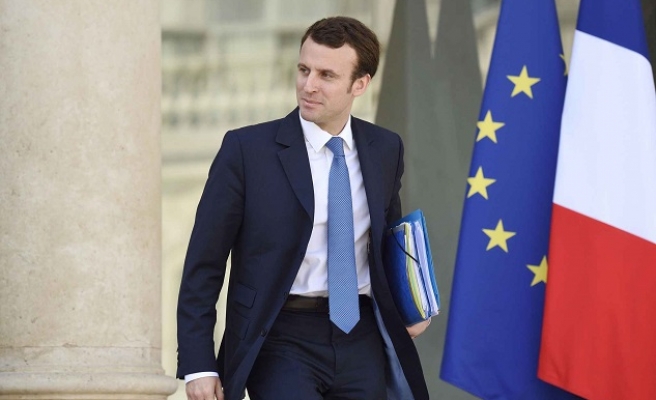 France is working to strengthen its relations with Russia in spite of Western sanctions imposed against Moscow over the Ukraine crisis, French economy minister Emmanuel Macron said in Moscow Monday.

"Our ministerial visits are not focused on diplomacy but show the strong desire to preserve and even strengthen our diplomatic relations while respecting the sanctions in the current political and diplomatic framework," Macron told reporters after a meeting with Russian counterpart Alexei Ulyukayev.

"It is very important for our two economies to intensify our relations and move forward pragmatically."

Macron, who arrived in Russia for a two-day visit, said Sunday that Paris hoped EU sanctions imposed against Russia for fuelling a separatist rebellion in eastern Ukraine would be lifted this summer.

The minister said he expected the Minsk peace agreement -- a package of measures agreed by the leaders of France, Germany, Ukraine and Russia in the Belarusian capital -- to be fulfilled by July 2016.

"Our hope is that all parties will respect their obligations in the Minsk agreements, which will allow the sanctions to be lifted," Macron said.

In late December, the EU extended its sanctions until July 31, as the intricate peace roadmap signed by Moscow has stuttered.

Fighting in Ukraine that has cost more than than 9,000 lives since April 2014 is at its lowest point thanks to a succession of shaky ceasefires.

Ulyukayev welcomed Macron's statements after saying sanctions had stymied the economic relations between the two countries.

"We are satisfied to see representatives of France express themselves positively on this matter," Ulyukayev said.

"We have a good chance of quickly turning this negative page in our history."