'The aim is to bring Operation Sangaris to a halt. I hope this is done during 2016, with small units remaining on Central African territory as was the case beforehand,' French defense minister says 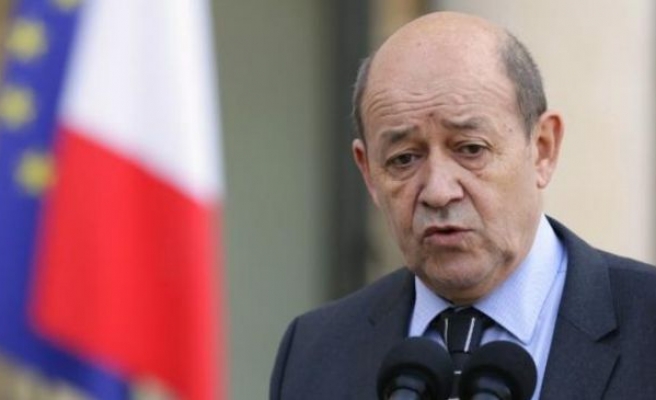 "The aim is to bring Operation Sangaris to a halt. I hope this is done during 2016, with small units remaining on Central African territory as was the case beforehand," he told French media.

He said he wanted the force reduced from its current level of 900 soldiers to around 300.

At its peak in early 2014, when the country was suffering major ethnic violence, the force had some 2,500 soldiers -- adding to around 10,000 UN peacekeepers who are tasked with overseeing elections and a political transition.

UN rights chief Zeid Ra'ad al-Hussein described the new claims, that surfaced on Friday, as "extremely serious" and demanded they be "thoroughly and urgently investigated".

Le Drian has already ordered an investigation into the new cases, which are said to date to 2014 but have only been discovered in recent weeks as a result of a UN investigation.

French soldiers are already being investigated in their home country over allegations they forced children in CAR to perform sexual acts in exchange for food.

Le Drian also said he hoped the European Union would agree to train a Central African Republic armed force when the bloc's defence ministers hold informal talks on February 3 and 4 in Amsterdam.

The CAR plunged into chaos in March 2013 when mostly Muslim Seleka rebels ousted President Francois Bozize, a Christian, and installed their leader Michel Djotodia in power for 10 months.

A transitional government was installed under international pressure in 2014, and a presidential run-off election is due to take place on February 14, pitting two former prime ministers against each other.