Hollande saw a spectacular revival in his dismal popularity ratings 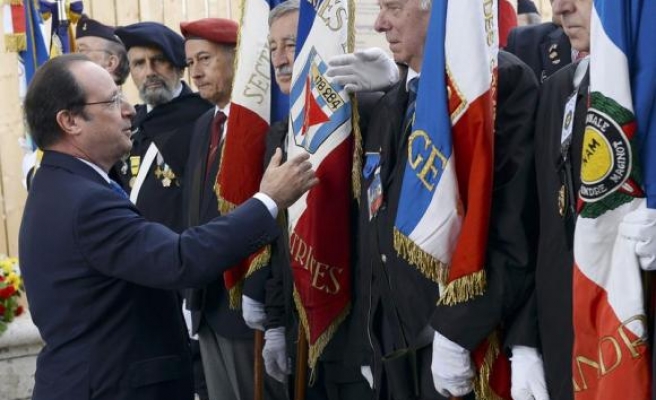 President Francois Hollande saw a spectacular revival in his dismal popularity ratings on Monday as two major surveys showed French voters applauding his handling of the country's most deadly attacks.

The boost for Hollande and his government, however temporary, prevented the anti-immigrant National Front party of Marine Le Pen from capitalising on this month's Paris violence as some analysts had predicted, one of the surveys showed.

But while the Socialist leader's improved image could help him combat resistance to his economic deregulation drive that is going through parliament, both poll groups said the downbeat jobs outlook meant the respite might not last.

Three gunmen killed 17 people in Paris two weeks ago, including staff at the satirical weekly Charlie Hebdo, before they themselves were shot dead by security forces.

An emotional Hollande led world leaders and over a million Parisians through the capital in a Jan. 11 march that some commentators likened to the outpouring of relief after France's 1944 liberation from Nazi rule.

Hollande's poll rating shot up to 40 percent in the Ifop telephone survey for Paris Match and Sud Radio carried out on Jan. 16-17 -- an unprecedented gain of 21 points on his December rating and his highest level for nearly two years.

"For the French, Francois Hollande was equal to the task, he answered the accusations of lack of leadership and firmness, he donned the presidential costume and reaped the rewards," deputy general director of Ifop France told Reuters TV.

A separate poll released this weekend by pollsters BVA confirmed the rebound, with Hollande leaping 10 points to 34 percent, his best score in that survey since May 2013.

Hollande's ratings have crashed as low as 13 percent, the weakest in polling history, largely on his failure to tackle unemployment rooted above 10 percent and due to a series of tax hikes introduced during his first two years in power.

Significantly, the BVA survey showed the number of those with a favourable opinion of Hollande's Socialist Party gained four points to 30 percent, putting the party ahead of Le Pen's FN, flat on 28 percent, for the first time since last September.

Some analysts had predicted the affiliation of the gunmen and their family ties with Algeria and West Africa would play into the hands of the anti-immigrant party, but Le Pen's voice was largely drowned out by the outpouring of emotion.

"It hasn't helped the FN because in the end, the French have come together over the shared, core values of the Republic," BVA Opinion director of studies Eric Bonnet said of the mass rallies called to denounce terrorism and reassert civil liberties.

Both Dabi and Bonnet cautioned the ratings were highly volatile and did not mean Hollande's Socialists -- which last year received drubbings in city hall and European elections -- would fare any better in March's local ballots.

Dabi noted the last time a French president's ratings took off so dramatically was for Francois Mitterrand during the 1990-1991 Gulf war -- a gain he was to lose again months later.

Yet Bonnet suggested Hollande's 69 percent positive rating within his own Socialist Party -- 13 points up on the score BVA recorded just before the attacks -- could help him face down parliamentary allies who have vowed to block a new bill set to extend Sunday trading and ease rigid French labour laws.

"His image has been enhanced on the left, and that was the problem before," Bonnet said of the mood of mistrust created when Hollande in early 2014 adopted a more centrist, pro-business line than that taken during his 2012 campaign.