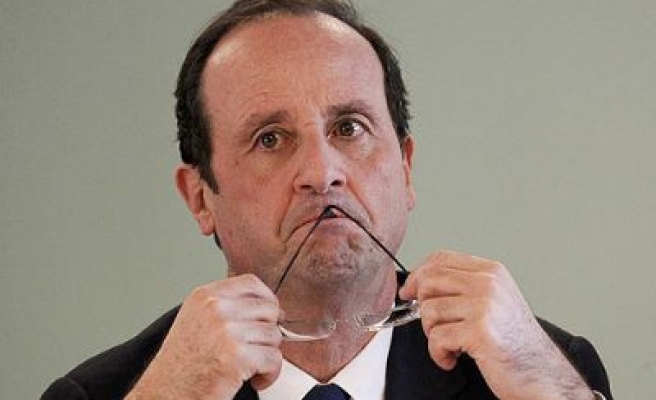 French President Francois Hollande expressed concern about deaths in Gaza on Thursday, one day after telling Israel it should take "all the necessary measures" to protect itself from rockets.

Hollande, who was criticised by left-wingers in France for stating solidarity with Israel without mentioning Palestinian casualties, spoke with Palestinian Authority President Mahmoud Abbas on Thursday.

"President Hollande expressed his concern regarding the situation in Gaza and regretted that the current military operations had caused numerous Palestinian victims," read a statement released by his office.

"The safety of all civilian populations must be guaranteed and the escalation must end. Everything must be done to restore the 2012 ceasefire."

At least 81 Palestinians, most of them civilians, have been killed in Israel's Gaza offensive, Palestinian officials said on Thursday. Palestinian fighters kept up rocket attacks on Israeli cities in response but there have been no fatalities.

Hollande's statement was in stark contrast to remarks made on Wednesday after he spoke to Israeli Prime Minister Benjamin Netanyahu.

"The president expressed France's solidarity (with Israel) in the face of rocket attacks from Gaza," Wednesday's statement said. "He reminded (Netanyahu) that France firmly condemns these attacks and that it is up to the Israeli government to take all the necessary measures to protect its population from these threats."

Both the Greens and Far-Left party deplored the statement.

Foreign ministry officials downplayed the controversy, saying the priority was for both sides to return to the negotiating table.

Earlier on Thursday, it warned French nationals against travelling to Israeli cities within 40 km (25 miles) from Gaza, including Ashkelon, Ashdod and Beer-Sheva.