France's message to Davos: do your part to fight terrorism 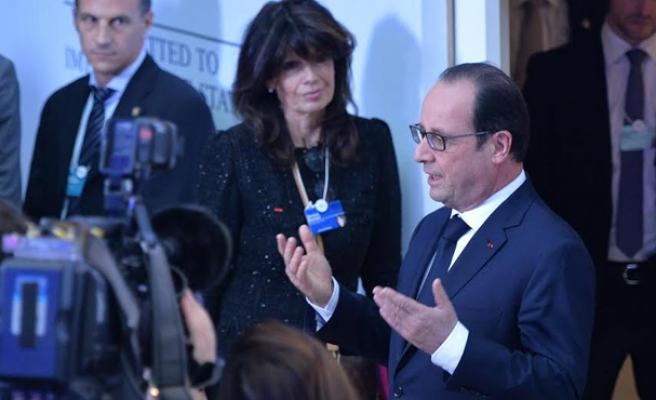 Two weeks after the attacks that saw 17 killed by Islamist gunmen in Paris, Hollande told a packed audience of bank chief executives and investors: "Don't let a beast roam today when it could attack you tomorrow."

Hollande, whose speech received loud applause, urged internet companies to make sure "illegal content" was taken off the web, saying governments could not fight terrorism on their own.

Corporate leaders must fight against the trafficking of people, drugs and goods, and combat tax havens to dry up financial sources for terrorism, he added, while urging EU countries to agree on a European database of air passengers.

Responding to comments by German policymakers who fear that the ECB's decision to launch quantitative easing would take pressure off France to reform, he said the move would only reinforce his government's resolve.

"I consider that this decision by the ECB obliges us to be even bolder in our efforts to lift obstacles to growth and job creation," he said

Repeating comments that drew sarcasm on Twitter when he first made them last week, Hollande praised the ECB for what he said was "meeting ... its target to fight inflation".

Inflation in the euro zone stood at -0.2 percent in December while the ECB has a target for it to be below but close to 2 percent.

"When there is no inflation, there is more room to inject liquidity into the economy," he said.

Hollande, who will host a global environment conference at the end of the year, also urged business leaders to contribute to a fund to fight climate change, saying this was essential for growth.