'In this test, only the unity will defeat this barbaric terrorism', Union of Islamic Organizations of France says 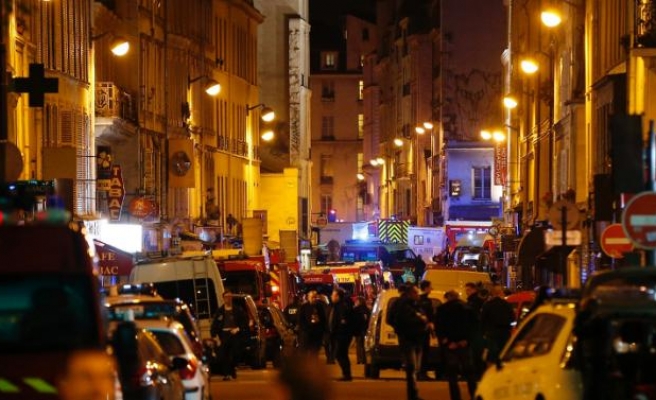 The French Council of the Muslim Faith (CFCM) condemned "strongly these odious and despicable attacks".

The head of CFCM, Anouar Kbibech said in a statement that he has “deep sympathy for the families of the many victims and wish a speedy recovery to the injured”.

"Given the extreme seriousness of the situation, we called the nation to unity and call on all Muslims to pray so that France can face this test in calm and unity.

"We are faced with an absolute horror. We are witnessing an incredible escalation of terror," Kbibech said.

Kbibech urged the French people to stay "welded, united”: “Do not panic and remain upright, not kneeling.

"Islam says that taking the life of an innocent person is as if you killed all mankind. There, they killed the humanity 128 times." The death toll was later updated by the Paris prosecutor as 129.

The president of the Great Mosque of Paris, Dalil Boubake, expressed his "greatest condemnation of the terrible murderous wave of terrorist attacks”.

The Union of Islamic Organizations of France said in a statement that it was "horrified and shocked by these infamous attacks that sow chaos and fear" and wished to express its "great sympathy and full communion with the nation”.

"In this test, only the unity will defeat this barbaric terrorism", it said.

The Collective Against Islamophobia in France issued a statement saying that Muslims "refuse to give in to fear despite the unprecedented nature of the tragedy. These attacks should instead strengthen our resolve to live together.

"Faced with this challenge, we must remain supportive and united. This is the best response we can give to the division attempts."

The Federation of Islamic Organizations in Europe condemned the attacks saying that they showed once again the "murderous" face of terrorism, "causing fear and terror among the population”.

The Union of Mosques in France called "on the Muslims of France to make prayers for the protection of our nation and of our people".

“These savage and despicable attacks on civilians, whether they occur in Paris, Beirut or any other city, are outrageous and without justification," said Council for American Islamic Relations, the largest Muslim civil rights umbrella organization in the U.S.

"We condemn these horrific crimes in the strongest terms possible," the statement added.

American Muslim Institution based in Washington also issued a statement, saying: "As Muslims, we are deeply offended and condemn this act of terrorism against innocent people; they have violated every societal norm as well as the rules laid by the very faith they claim to belong.”

“This is not the act of a Muslim, but of rogues who claim to follow the faith."

The November 13th Paris attacks are said to be the worst on European soils since the Madrid train bombings of 2004, in which 191 died.

President Hollande said Friday’s attacks were carried out by members of the ISIL terrorist organization, which later reportedly claimed responsibility.