Rights groups accused France on Sunday of inciting racial hatred after media published a government memorandum ordering police to prioritise the dismantling of Roma camps over other settlements. 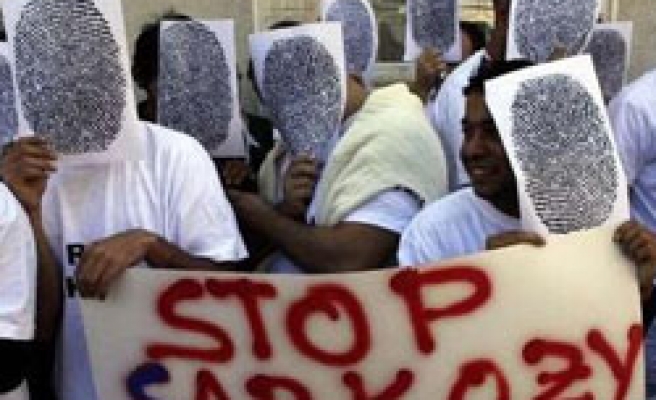 Rights groups accused France on Sunday of inciting racial hatred after media published a government memorandum ordering police to prioritise the dismantling of Roma camps over other settlements.

President Nicolas Sarkozy's government also has been criticised by the European parliament for breaking discrimination rules.

The Aug. 5 memo, published on newspaper websites and signed by Interior Minister Brice Hortefeux's chief of staff, ordered police chiefs and regional prefects to begin "a systematic operation to dismantle illegal camps, prioritising those of the Roma".

"Three hundred camps or illegal settlements must be dismantled within three months, prioritising those of the Roma," it said.

There was no official comment on the published memo.

Human rights associations said the document proved the government was singling out the Roma and called for its immediate suspension.

"We're considering, together with other groups, a criminal lawsuit for incitement to racial hatred," Stephane Maugendre, president of the immigrant help association Gisti, told Reuters.

Jean-Pierre Dubois, head of France's Human Rights League, said his organisation was also studying legal action against the government based on the memorandum.

The opposition Socialist party, which has branded the deportations "shameful", said European authorities should take action against Sarkozy's government.

"I call on the European Commission ... to open a procedure against the French government to prevent this inhumane treatment and unacceptable stigmatisation of European citizens," wrote Socialist European parliamentarian Harlem Desir.

The Commission has already asked France to give evidence that its expulsions are "legal".

The conservative government has expelled over 1,000 Roma in recent weeks, straining relations with Bucharest.

On Thursday, the European parliament passed a resolution accusing France of breaching European Union rules on discrimination and free movement of people.