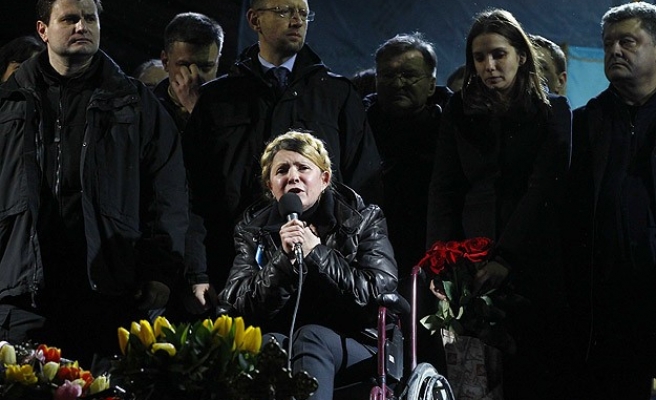 She called the anti-government demonstrators "heroes of the century", "the country's saviors", and declared Kiev the city of "free people."

Tymoshenko, whose release was one of the key demands of the opposition, travelled to the opposition stronghold Independence Square to address the crowd.

Tymoshenko was originally sentenced to seven years in prison in 2011 for personally benefiting from gas deals with Russia, but the West-leaning opposition maintained that her trial was a tactic of incumbent pro-Russian President Viktor Yanukovych to eliminate his most prominent opponent.

Anti-government protests began in November 2013 after Yanukovych refused to sign an association agreement with the EU amid intense pressure from Russia.