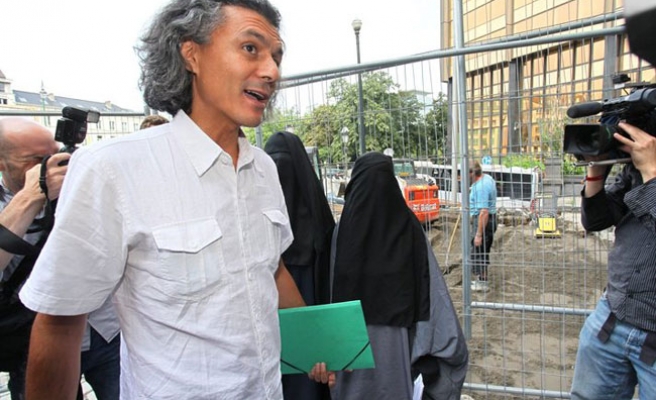 A French businessman paid fines on Wednesday for two women in Belgium who wore full-face veils in public and said he would take Belgium and France to court over laws banning Muslim niqabs and burqas.

Property dealer Rachid Nekkaz has set up a 1 million euro ($1.4 million) fund to cover fines and paid the first 50-euro penalties imposed in Belgium on two women in Brussels.

"France and Belgium have decided to forbid the possibility and the liberty of women to wear what they want," he told reporters outside a municipal office in Brussels.

The two fined women, both wearing niqabs, were also present.

"I consider that ... it's not acceptable that European governments vote in laws that don't respect individual rights."

Belgium's law banning any covering of the face in public came into effect late last month.

France was the first country to introduce a ban in Europe in April.

Nekkaz said he planned a legal challenge in both countries.

"I will pursue the French and Belgian states in their national courts and then in the European Court of Human Rights so that they are sanctioned for violating individual liberties."