French authorities demolished a makeshift church and mosque on Monday at a camp in Calais populated by thousands of migrants. 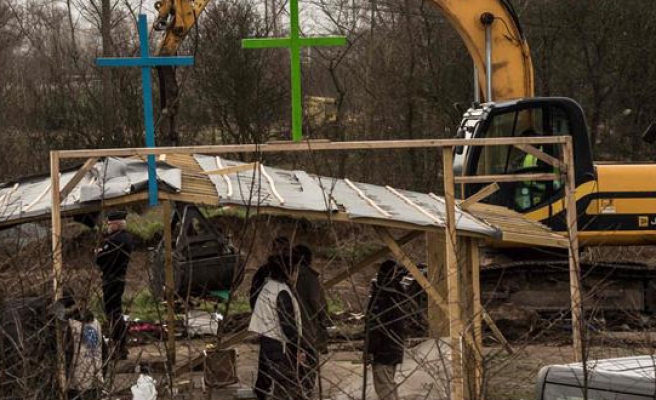 Authorities in France have demolished a makeshift mosque and a church that has been used by refugees in the north of the country.

The demolition took place on Monday at the northern port city of Calais at the Calais Camp, which is also known as the “Jungle,” where thousands of asylum seekers from Syria, Sudan and other countries have taken refuge.

French authorities have said the move was part of a plan to clear a 100m security zone around the camp’s perimeter and a nearby motorway.

Refugees and activists have been stunned by the action. Observers say that the places of worship had not been included in initial demolition plans earlier revealed to them by government authorities.

Reverend Teferi Shuremo, the head of the church that was destroyed, told local media that authorities had told him the church was “safe” from demolition. “They are trying to destroy peace,” he said, and pledged to build another church.

The Calais Camp is used by about 5,000 asylum seekers, who say they would want to reach the UK in their quest for a better life. Unattended to by the French authorities, they have built their own shops, schools, and places of worship.