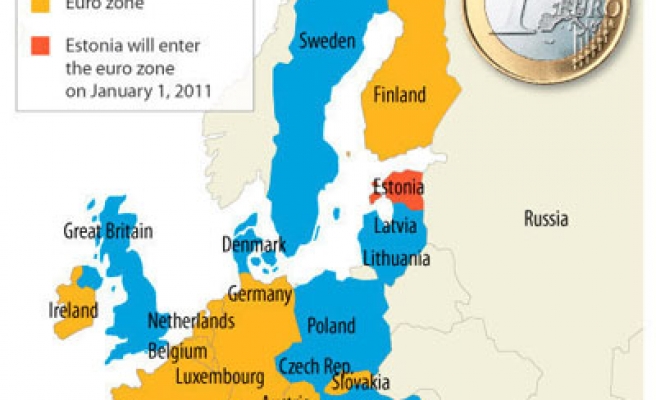 World Bulletin / News Desk
The French government faces a dilemma in finding €4 billion in the next three months in order to meet the European Commission's 2017 deficit target, after it was recently granted an additional period of two years to reduce the figure.

France, Europe’s second-biggest economy, could face sanctions under EU rules if it fails to cut its budget deficit from a projected 4.1 percent of GDP in 2015 to below three percent within two years.

But the French government, which has to present details of its intended reforms to the EC in April, has dismissed increasing taxes, vowing to achieve budget consolidation through savings "in all sectors" except defence, where spending has been ring-fenced.

However, Grégory Claeys, an associate researcher at the Bruegel think tank, told The Anadolu Agency he was skeptical that France could cut its deficit in three months without increasing taxes amid very low growth and zero inflation.

"It's not the right time to not raise taxes," he said.

He added that the European Commission had already been "flexible" with France after it postponed the imposition of budget deficit criterion from November 2014 to March 2015.

"For the EU Commission, France would not be a country too big to fail, in the same way as large banks whose failure would have devastating consequences for the markets, but it is a country with which it is too big to clash," he said.

Fredrik Erixon, the director of the ECIPE -- European Centre for International Political Economy -- said the French government would not be able to find the savings in needs in the coming months "without creating a political controversy, such as the recent economic reform bill, dubbed 'Macron's law.'"

The controversial reform package proposed by Economy Minister Emmanuel Macron is a potpourri of measures, touches on politically sensitive areas of the economy and has irritated some among the ruling Socialist party's ranks.

Matthias Bauer, a senior economist at ECIPE told AA: "France is too big to be bailed out by the rest of the Eurozone.

"France is not the new Greece yet, but its public debt-to-GDP ratio is constantly rising with no end in sight."

Bauer said there would not be any cuts in spending or rises in taxes before the 2017 elections if bond markets keep calm.

He said: "There’s only one budget constraint, which is financial markets.

"If financial markets all of a sudden enforce market discipline on the French government, things might end up messy."

He said the European Central Bank would then probably seek to calm markets.

Bauer went on: "Then we will observe the same political debates we have seen in Greece, Italy, Portugal and Spain.

"And since nationalist political forces are strong in France, the debate might also circle around the exit of France from the Eurozone."