A video showed a visibly drunk Galliano saying to a fellow cafe client, "I love Hitler." 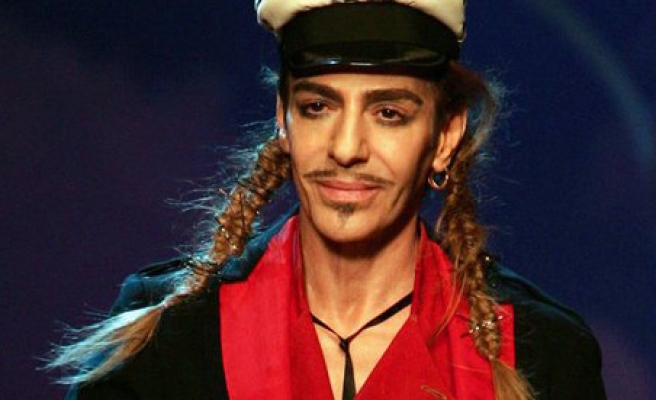 A French court handed out a 6,000 euro ($8,421) suspended fine to John Galliano on Thursday after finding him guilty of anti-Semitic behaviour

For Galliano, the former head designer of fashion house Dior, whose worth is estimated in the millions of dollars, the penalty -- suspended for several years -- avoids any financial burden and is unlikely to constrain his liberty.

The fine, in line with what a prosecutor had recommended in June, falls short of the maximum sentence in such cases of a 22,000 euro fine and 6-month prison sentence.

The Paris court found him guilty of "public insults based on origin, religious affiliation, race or ethnicity" stemming from two separate incidents at a Paris bar.

The accusations earlier this year cost Galliano his job at the luxury house and roiled the fashion world.

Galliano said he had been under the influence of alcohol and prescription drugs at the time and couldn't recall the incidents in question.

A video showed a visibly drunk Galliano saying to a fellow cafe client, "I love Hitler."

As the video went viral, Dior took swift action against the man it had long treated as icon, sacking Galliano days before the label's fall-winter 2011 runway show in March. Galliano was later also ousted from his eponymous label, which is also owned by Dior's parent company.

Galliano, 50, made his first foray back into design last summer when he drew the wedding dress of British supermodel Kate Moss, a close friend.

"She dared me to be John Galliano again. I couldn't pick up a pencil. It's been my creative rehab," the U.S. edition of Vogue magazine quoted him as saying in its September issue.