With increasing attacks on Muslims in France, Muslim children are now being taken away from their parents. The French media, especially, tends to focus on “radicalism” and “extremism” within the Muslim community and hardly touches on issues such as Islamophobia, racism and foreign policy. 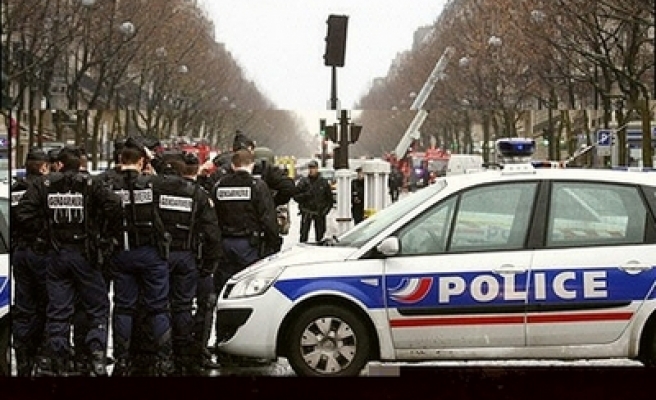 The French authorities, which are in the midst of hysteria following the Charlie Hebdo attacks in January, took the children away from their mother in Bourgoin Jallieu near Lyon last Thursday.

At the time the father, Meher Msakni, was in Tunisia but he immediately returned home to France upon hearing the news.

Msakni told 5Pillars editor Roshan Muhammed Salih that his wife was told by the authorities that he was suspected of radicalism and of having the intention of going to fight jihad in Syria.

Msakni said he never had any such intention and was in Tunisia preparing to bring his family back there as he felt he could no longer "practise Islam in France" saying also that repeated requests to see his children were denied and is unaware of their location.  The children are aged 6, 5, 4, 18 months and 3 months.

5Pillars editor Roshan Muhammed Salih visited the police station in Bourgoin Jallieu on Monday but they refused to comment on the case.

The Lyon-based Coalition against Racism and Islamophobia (CRI) said the mother, Aicha, received a visit fromthe police and social services on Thursday and on the orders of the judicial authorities they took three of the younger children. The older ones were separately picked up from their school.

According to CRI, while this was taking place the mother was panicked and crying and was begging the authorities to let her breastfeed her 3 month old son.

In a statement CRI said: “With unimaginable cruelty and violence, the children were taken to an unknown destination with devastating consequences for their psycho-emotional state, and without being able to see their mother.

“Alerted, the father returned the next day to France without being bothered in the least by either the Customs,nor by the PAF (Air and Frontier Police).

“We learned with amazement that the mother wanted to breastfeed her baby with her own milk and had provideda bottle for this which was refused by the police who responded ‘powdered milk will be given.’

“We are appalled by the inhumanity of separating a breastfed baby of 3 months from her mother, and to deny that breast milk be given. The mother, who is accused of nothing, asked to be locked up, if necessary, with her baby so she can breastfeed and beat his side. Even if the father is the worst of criminalswe do not understand this ferocity towards the wife and children.

“We condemn this unhealthy and dangerous climate andhold accountable politicians, media and intellectuals who have exploited the dramatic events we have experienced, and are playing with fire by allowing the spread of Islamophobia. Since the attacks of 7 January 2015 we have received more than 200 calls from Muslims who have been assaulted.

“CRI calls for the establishment of a parliamentary commission of inquiry to measure the extent of this new form of racism and legislation to protect the Muslims of France who have become scapegoats.”

The Charlie Hebdo and other attacks in January killed 17 people. Since then many observers feel that France has been in a state of hysteria with Muslims being targeted on a regular basis.