French heiress Bettencourt to be questioned by police - lawyer

France's richest woman Bettencourt will be questioned next week by the financial police,her lawyer said 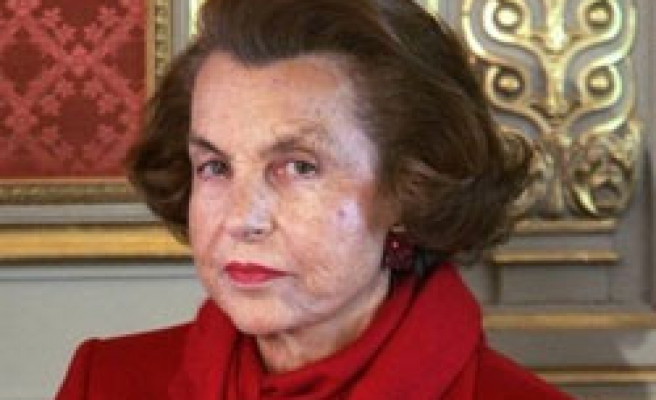 Liliane Bettencourt, France's richest woman at the centre of a scandal over alleged tax evasion and illegal political funding, will be questioned by police next week, her lawyer said on Friday.

"Mrs Bettencourt will be questioned in the course of next week by the financial police," the lawyer, Georges Kiejman, told Reuters without specifying when exactly the questioning would take place.

The 87-year-old heiress to the L'Oreal cosmetics fortune demanded an end to what she described as harassment by her daughter and intrusions into her private life after a prosecutor blocked a bid to have her declared mentally unfit.

Public prosecutor Philippe Courroye wrote to Francoise Meyers-Bettencourt, the billionairess's daughter, on Thursday, saying her lawsuit had no chance of acceptance without a medical certificate attesting to her mother's mental state.

The heiress has refused to undergo an independent medical examination but said in the statement she was fully capable of looking after her remaining fortune after having given her daughter and grandchildren her entire shareholding in L'Oreal.

Kiejman said in an interview with Paris Match magazine that Liliane Bettencourt was so furious at her daughter's second attempt to have her declared irresponsible that she was considering disinheriting her.

A family feud turned into a political scandal

What began as a family feud over lavish gifts by Bettencourt to a close friend, society photographer Francois-Marie Banier, has turned into a political scandal as evidence emerged of undeclared Swiss bank accounts, an island in the Seychelles and alleged large cash donations to conservative politicians.

Labour Minister Eric Woerth is also awaiting police questioning over accusations by a former Bettencourt book-keeper that he received 150,000 euros ($193,100) in cash for President Nicolas Sarkozy's 2007 election campaign. Both men have denied the allegation.

Woerth, who was budget minister in charge of tax affairs and treasurer of the ruling UMP party while his wife worked for Bettencourt's wealth manager, has disputed any conflict of interest and rejected calls to resign.

He says he had no influence on his wife's recruitment and a finance ministry investigation has cleared him of doing Bettencourt any tax favours. Florence Woerth quit her job in June after evidence of the alleged tax evasion was published.

In a separate statement detailing her estate, Bettencourt said she had already gifted 92.76 percent of her assets to her daughter, but retains the income from the L'Oreal stake plus other assets worth 1.13 billion euros.

The statement seemed to be an attempt to restore Bettencourt's public image and put her daughter on the defensive. The two have staged a long-distance interview war in the media, and their celebrity lawyers have traded public barbs.

It said she had also given her daughter and two grandsons family real estate worth 20 million euros while retaining the usage of the properties during her lifetime.

She has also given a series of donations worth 745 million euros to the Bettencourt-Schueller charitable foundation.