Leader of parliamentary delegation Bapt condemned by his own Socialist party and by Prime Minister Valls. 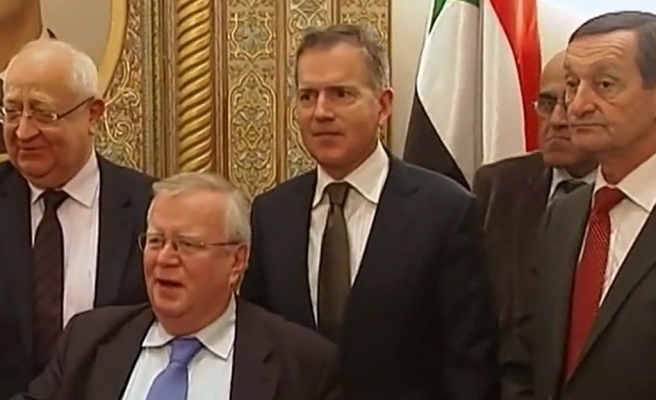 French members of parliament who held an unauthorized meeting with Syrian President Bashar al-Assad tried to justify their actions to the press on Thursday.

Socialist Party MP Gerard Bapt, who led the delegation, said on France-Inter on Thursday that the visit was made in the hope of promoting a cease-fire.

"One does not have the sense, in Syria, of seeing a government that is about to fall," Bapt said. "If there is to be peace, we have to find a way to talk to each other."

The MPs insisted that this was a purely "personal visit."  But the Syrian Arab News Agency said that talks during the meeting touched upon Syrian-French relations and the developments and challenges facing the Arab and European regions, especially with regard to terrorism.

The French delegation not only met President Bashar al-Assad, but also the Speaker of the People’s Assembly Mohamad Jihad Laham and talked about strengthening relations and joint interests.

A meeting with Deputy Prime Minister, Foreign and Expatriates Minister Walid al-Moallem also took place in which the Syrian minister discussed the need for united efforts to counter terrorism which constitute a threat in Syria and internationally, the news agency reported.

The French delegation visited the Charles de Gaulle School in the al-Mazzeh area of Damascus where they met its administrative staff, and also visited the headquarters of the International Committee of the Red Cross mission in Damascus, meeting with the head of the mission Marianne Gasser, the news agency said.

Syria has been gripped by violence since the regime launched a violent crackdown in response to anti-government protests in March 2011, triggering a conflict that left at least 210,000 people dead and displaced almost half of the country's population, according to the UN.