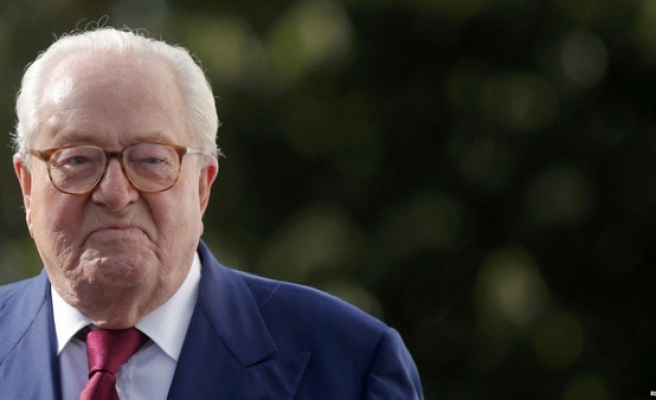 National Front founder Jean-Marie Le Pen is to keep up his legal fight to stay in the French far-right party despite being excluded for a second time, keeping alive a family feud that has dogged his daughter's campaign to become president of France.

The party's executive committee voted on Thursday to exclude the 87-year-old over anti-Semitic remarks after discussions with him that lasted several hours. The move was its latest attempt to sideline him and bolster his daughter Marine Le Pen's election prospects in the 2017 presidential election.

"I haven't received notification of the decision yet. When I do, I will contest it, as I have already contested it," le Pen said on RTL Radio on Friday.

Marine Le Pen succeeded her father as leader in 2011. Her row with him erupted in April last year, when he defended past comments he has made about how the gas chambers of World War Two were a "detail" of history.

Courts have twice this year overruled as illegal the party's attempts to sideline Le Pen senior, who remains the party's honorary president, after he appealed against their actions.

The former paratrooper also launched the latest in a series of a bitter attacks on his daughter, who stayed away from Thursday's hearing.

"She was in command of the firing squad over the telephone," he said.

"She didn't want to take part because it's wicked to kill your papa, so she didn't kill her father directly, she had him killed by her henchmen."

Marine Le Pen is trying to create a wider appeal and shake off its reputation for anti-Semitism, positioning the party as an anti-immigrant, Eurosceptic force offering protectionist economic policies.

Polls show her on track to make it to the second, run-off round of the presidential election in 2017, but predict that she would lose.