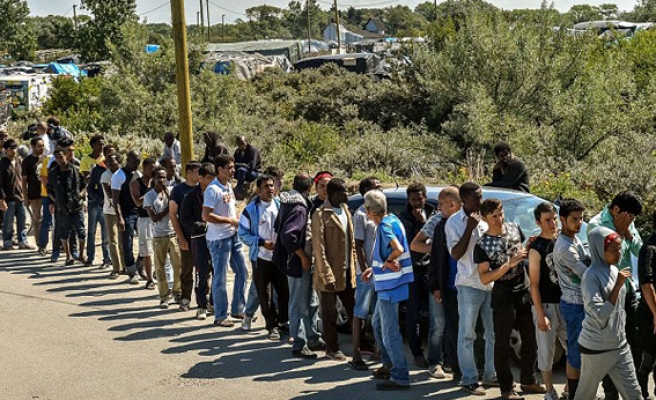 Hundreds of Syrian and Eritrean refugees camping near the Calais harbor in the north of France were "violently" evacuated by police on Monday, according to the French NGO Calais Solidarity.

According to the NGO, police forces used tear gas and violence to evacuate some 300 Syrian refugees, who were living in tents for nearly a month in a public garden near the harbor and hundreds of other Eritreans refugees installed outside the campsite, commonly known as the "jungle".

They were all "pushed back to the jungle", located a few kilometers from the port and the city of Calais, where more than 3,500 refugees are camping in unsanitary conditions near the mouth of the Channel tunnel as they seek to reach the U.K.

During the evacuation, "at least six people lost their passports and documents. Police  did not let them recover them," said the French NGO Calais Solidarity.

The NGO said that a refugee as hospitalized after a strong reaction to inhaling tear gas.

In early August, the United Nations’ refugee agency called on France to come up with an urgent plan for the migrants in Calais.

By the end of the month, French premier Manuel Valls announced that his country was to build a camp for 1,500 migrants outside the port city of Calais with EU help.

The construction of the camp is due to begin next year and will be funded with 5 million euros ($5.6 million) from the EU, European Commission Vice-President Frans Timmermans said. It will consist of 120 tents capable of housing 12 people each.

The 5 million euros are in addition to 266 million euros ($299 million) given to France for dealing with migration issues until to 2020.