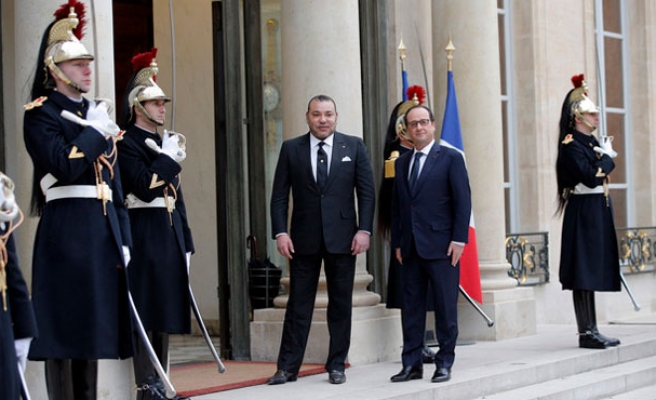 French President Francois Hollande met with Moroccan King Mohammed VI in Paris in a bid to ease tension and resume diplomatic talks between Rabat and Paris.

The visit came just a few days after Moroccan and French governments resumed their judicial cooperation, which had been suspended since last March.

"The two leaders hailed that the conditions are met for a new dynamic of confident and ambitious cooperation between France and Morocco in all fields," read a statement issued by the Elysee.

"The French president and HM King Mohammed VI also stressed the determination of France and Morocco to fight terrorism and fully cooperate in the field of security," the statement added.

Tensions were high between both countries throughout 2014, during which Morocco recalled its ambassador in Paris and also suspended all judicial cooperation agreements with France.

The cutout was ended in January 31 of this year by an agreement between the justice ministers of both countries who signed a reinforced accord for future exchanges in several areas.