"We are investigating so as to list all the objects and find out where they have gone," a police spokesman said on Monday. 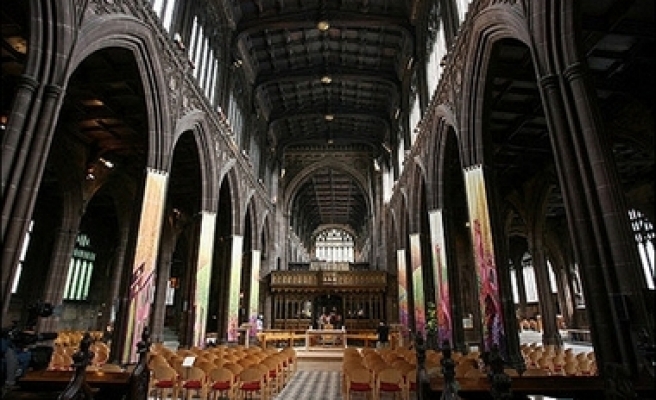 A French Catholic priest has been suspended after being named a suspect in the theft of about 40 valuable chalices and other sacred vessels as well as some parish collection money in churches under his care.

Fourteen churches in and around the town of Montoire, west of Orleans in central France, reported the thefts of the vessels, some of them registered as national heritage objects.

"We are investigating so as to list all the objects and find out where they have gone," a police spokesman said on Monday.

The diocese of Blois said Rev Etienne Doat, one of three priests serving Montoire and the surrounding countryside, was named a suspect in July and put under judicial supervision.

The bishop of Blois last week suspended Doat from his duties in the diocese while the inquiry continues.

According to the local daily Nouvelle Republique, the stolen goods included chalices, patens, monstrances and ciboria, objects usually plated with gold or silver that are used in Catholic liturgies. Some dated back to the 1600s, it said.

The parishes said no break-in occurred at the churches. French churches, especially in the countryside, are regularly robbed of valuable art because they are often empty and without proper security equipment.

Stolen religious art is often sent abroad, where it can be more easily sold, but many churches have registered their valuable objects so they can be traced.