Taxi drivers in Paris blocked highways leading from Charles de Gaulle and Orly airports into the city centre, while traffic was paralysed on two main arteries leading into Marseille. 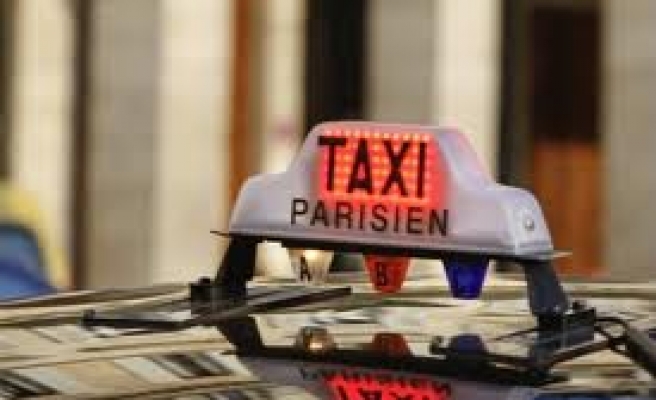 Taxi drivers in Paris blocked highways leading from Charles de Gaulle and Orly airports into the city centre, while traffic was paralysed on two main arteries leading into Marseille.

The protest marks the second such show of force in two months and is a challenge for the Socialist government of President Francois Hollande, as taxi drivers cry foul over what they call unfair competition from vehicles-for-hire that are often cheaper and not subject to the same regulation.

Television images showed taxis parked in highway lanes and angry drivers waving their licences which cost about 200,000 euros ($272,400), a cost their competitors do not pay.

The general secretary of the Force Ouvriere-UNCP taxi union, Nordine Dahmane, said deregulation threatened "hundreds of thousands of families" who depend on the taxi industry. "We've got to protect it," he said.

With 19,000 taxis, Paris has fewer today than it did in 1920. The limited supply is just one symptom of competition-killing rules and red tape that limit access to dozens of professions and which Hollande has so far been reluctant to tackle.

On Saturday, Interior Minister Manuel Valls said the government would create a committee soon to study the matter.

Monday's strike was called to protest last week's ruling by the Conseil d'Etat, France's highest administrative court, that struck down a government provision requiring the unlicensed cars to wait 15 minutes between logging a reservation and picking up passengers.

The move angered taxi drivers, who say that even with the 15-minute delay consumers were gravitating to the competition. They call for an artificial delay of 30 minutes and a minimum fare of 60 euros.

Visitors to Paris frequently complain about a shortage of taxis during peak hours, a side effect of limits on the number of taxi licences that can be issued each year.

Competition from the vehicles-for-hire, whose drivers do not need to undergo the same training nor pay the hefty price for an official taxi licence, has infuriated taxi drivers.

The European Commission has long pressed for France to open its many protected professions to greater variety and competition, citing excessively high barriers to entry for taxi drivers as one area especially ripe for deregulation.

Generations of French leaders have backed down from deregulation in the face of taxi strikes.