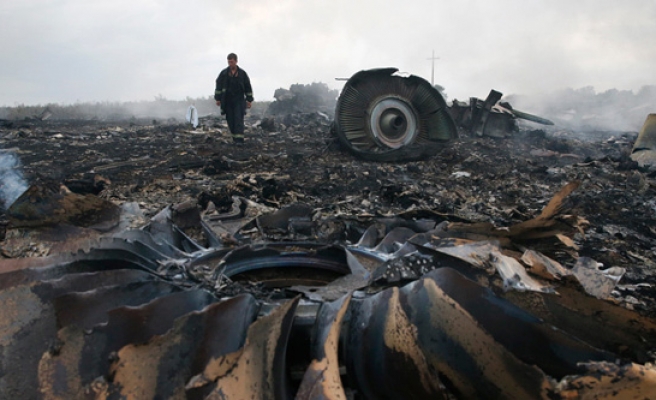 Parts of the Boeing 777, downed in July last year, killing 298 passengers and crew, were recovered by locals near the village of Rossipne, the Donetsk News Agency said.

The village is in territory controlled by the separatist Donetsk Peoples' Republic.

An Anadolu Agency photographer witnessed pieces of the aircraft, some carrying the airline’s logo, being collected by officials.

Maxim Petyitev, a Donetsk official, said an investigation was launched after villagers reported finding pieces of the plane.

“The recovered pieces will be important in investigation of the MH17 flight incident and [will be] delivered to the international commission that is probing the crash,” he said.

MH17 was en route from Amsterdam to Kuala Lumpur when it is believed to have been downed by a missile the West says was fired by pro-Russian separatists. Russia blames Ukrainian government troops.