Some people use situation in Syria, country's fake documents to have easier access into EU 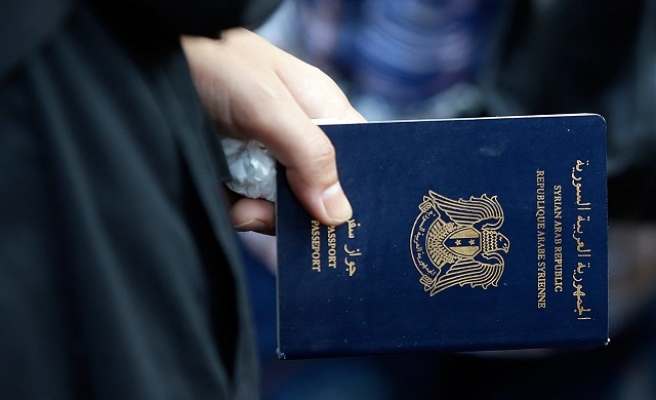 A market in fake Syrian passports has sprung up, particularly in Turkey, to help migrants and refugees enter the EU, the head of Europe's border agency Frontex said on Tuesday.

"There are people who are in Turkey now who buy fake Syrian passports because they know Syrians get the right to asylum in all the member states of the European Union," Fabrice Leggeri told French radio station Europe 1.

"People who use fake Syrian passports often speak Arabic. They may come from North Africa or the Middle East but they have the profile of economic migrants," he said.

Leggeri said there was no evidence that fake passports had been used by potential terrorists to enter Europe.

He repeated his call for additional EU border guards to help register migrants in Greece, one of the main entry points into Europe.

"Faced with the influx, registration systems are overwhelmed. We have an idea of nationalities, but not a clear picture of who is entering and the real profile of these migrants."

Mirroring recent comments from German Chancellor Angela Merkel, Leggeri said the failure to share the burden among EU members would lead to the return of closed borders across the continent.

"The risk is growing every day. We are seeing more and more police patrols along interior borders (between EU countries)," he said.

"If the external borders cannot be managed with solidarity between member states, there is a risk that each state retakes control of its national borders, which would not be more effective."