The award-winning refugee teacher, Aqeela Asifi, has been recognized for bringing education to refugee girls in a remote community in Pakistan 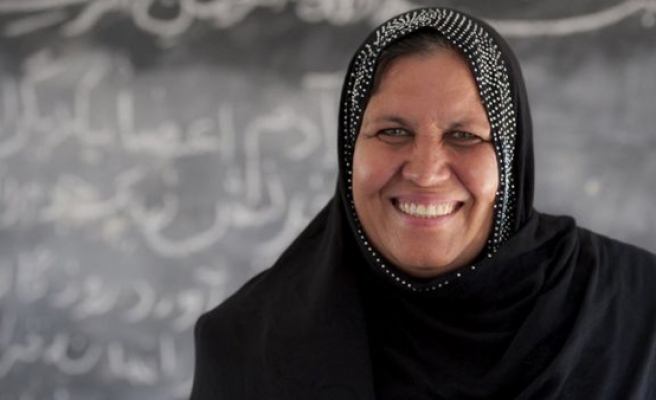 The agency gives the award once a year to a person or group for outstanding work on behalf of forcibly-displaced people.

"In an extraordinary story of bravery and determination against all odds, Aqeela Asifi made it her mission over more than 20 years in exile to bring education to refugee girls in a remote community in Pakistan," the UN body said in a statement after an award ceremony in Geneva on Monday.

"Asifi has been recognized for her brave and tireless dedication to education for Afghan refugee girls in the Kot Chandana refugee village in Mianwali, Pakistan –while herself overcoming the struggles of life in exile," the agency said.

At the ceremony, Asifi said: "When I first set up my school, I was not very optimistic. This success is beyond my expectations. Let the dove of peace be our messenger, let us shun the culture of war and weapons, and let us promote the culture of pen and education. That's the only way, my dear brothers and sisters, that we can bring peace and prosperity to our country".

Presenting Asifi as the winner of the award, the UN High Commissioner for Refugees, Antonio Guterres said: "The role a teacher plays in a child's life can be transformative. In Aqeela Asifi's case, it has been profound. She has given hundreds of young girls the chance to dream of a better future".

According to the UN, Afghanistan has the largest refugee crisis in the world with over 2.6 million Afghans currently living in exile and over half of them are children.