Georgia is coming under fire from human rights groups over the forced eviction of hundreds of people displaced by war from state-owned buildings. 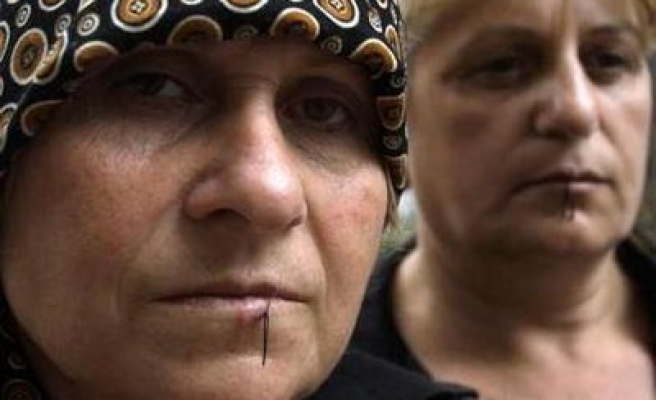 Georgia is coming under fire from human rights groups over the forced eviction of hundreds of people displaced by war from state-owned buildings the government hopes to privatise.

The August evictions form part of the latest attempt to tackle a massive refugee problem stemming from conflicts in the early 1990s in the rebel regions of Abkhazia and South Ossetia, and again in 2008 when Russia and Georgia waged a five-day war.

But those evicted, classified as Internally Displaced Persons (IDPs), complain that they were given little prior notice and many have rejected alternative accommodation in rural areas close to the rebel regions.

Others have been moved to a crumbling former science institute in the Georgian capital Tbilisi where beds, stoves and toilets are crammed into single rooms.

Those from Abkhazia have lived in Tbilisi for 17 years -- many in old hospitals, barracks and a printing house -- after more than 200,000 fled the rebel Black Sea region when it threw off Georgian rule with the collapse of the Soviet Union.

On Aug. 13, dozens were taken by bus to a remote village 350 km (217 miles) from Tbilisi on the Abkhaz border where they were given unfurnished apartments in a renovated barracks with no electricity and little prospect of finding work.

The United Nations refugee agency (UNHCR) expressed concern this week that the evictions "have not been undertaken with the necessary transparency or circulation of information", but said progress was being made to improve procedures.

Georgia's human rights ombudsman said most people had been given verbal notification of the eviction five days in advance and were told little more than the geographic location of the new accommodation. Some said they were given no notice at all.

"The government took the responsibility to settle all of them. It's not right to offer all of them houses in the provinces," said Eka Popkhadze of the Georgian Young Lawyers Association, a human rights non-governmental organisation.

"They work here, their children go to schools or institutes in the capital. How can they move to the countryside now?"

Georgia's Ministry for IDPs from Occupied Territories, Accommodation and Refugees rejected the criticism.

"No one will be left in the street," said chief administrator Valery Kopaleishvili. "This process will take some time and will continue until all refugees are satisfied."

A report in August by U.K.-based rights watchdog Amnesty International called on Georgia to do "more than the bare minimum" for those displaced by war. The government, it said, must ensure employment, access to healthcare and benefits.

The report said 42 percent were still housed in kindergartens, hospitals, hotels and barracks.

This week, a handful of refugees from Abkhazia evicted from a former military hospital sowed their lips shut in a protest on the steps of the ministry.

"Where will I get food from, where will I eat?" said 72-year-old Luba Todua, a refugee who did not seal her lips.

"What did (former President Eduard) Shevardnadze do for us, and now what are this lot doing for us?" added Todua, who has rejected alternative accommodation in western Georgia.

Georgia's political opposition is backing small street protests by the refugees, trying to revive opposition to President Mikheil Saakashvili, who survived weeks of protests against his rule after the 2008 war when Russia crushed a Georgian assault on South Ossetia.

The war cost Saakashvili credibility among Georgia's Western allies, many of whom were already concerned over an apparent authoritarian streak in the president and his commitment to democracy and free media.