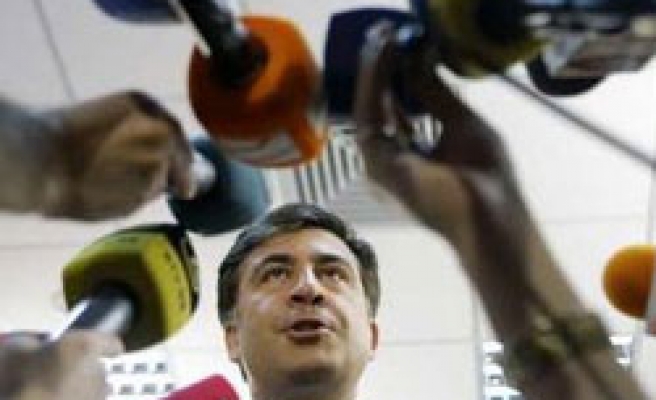 A Georgian court froze the bank accounts of retired footballer and opposition leader Kakha Kaladze in a money-laundering probe on Friday that opponents foes of President Mikhail Saakhshvili's government say is a campaign of legal harassment.

The football star, who won the Champions League twice with Italy's AC Milan, will stand against the ruling party in October parliamentary polls as part of a newly formed Georgian Dream coalition led by billionaire Bidzina Ivanishvili.

Ivanishvili, 56, whose fortune is estimated at $6.4 billion by Forbes magazine, has united and breathed new life into the fractured opposition in the Caucasus state of 4.5 million, angering the government, which still leads opinion polls.

"It's obvious that it's a political persecution," Maya Panjikidze, a spokeswoman for Georgian Dream, said of the latest case to dog the opposition coalition.

"We consider the court's decision as illegal," she said.

Georgia's chief prosecutor's office said in a statement that Kaladze was under suspicion after he received $6 million on his bank account and then withdrawn 1.6 million lari ($97,000) "in a short period of time".

Saakashvili became the West's darling when he rose to power after the bloodless "rose revolution" that toppled Eduard Shevardnadze in 2003. But opponents have since accused him of curbing political freedom and criticise him for leading Georgia into a brief, disastrous war with Russia in August 2008.

In the latest twist in the standoff between Saakashvili's government and his foes, a Georgian court on Friday released assets seized from Ivanishvili after he paid a $49 million fine.

Ivanishvili's Cartu Bank, JSC Cartu Group, and a 21.7-percent share in Progress Bank were seized in June after the billionaire refused to pay a multi-million dollar fine.

At the time, Ivanishvili argued it was illegal to confiscate the assets, saying he had passed all shares in the companies to his son. State authorities, however, said the asset transfer had not been registered with the Georgian National Bank.

Ivanishvili paid the 80-million-lari fine earlier this week, but maintained the penalty was "illegal".

A once-reclusive tycoon, Ivanishvili and his family have come under the state scrutiny in a myriad of cases since he launched a political movement last year.