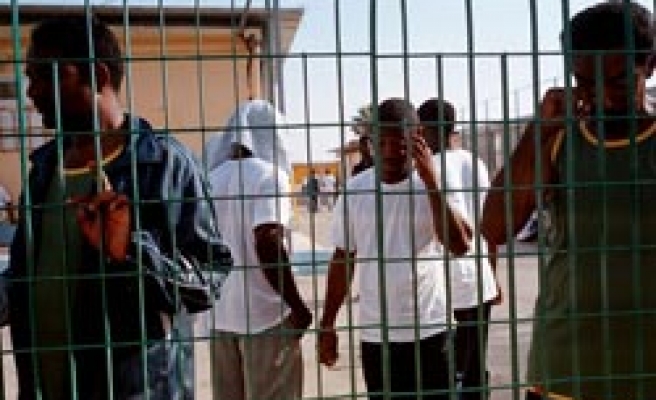 Germany’s conservative interior minister Hans-Peter Friedrich has dismissed calls for softening the rules of immigration in Europe and urged for more strict measures against illegal immigration.

“The refugee tragedy in Lampedusa has shaken all of us. We should do everything to ensure that such a tragedy would not happen again,” Friedrich told German daily Süddeutsche Zeitung, ahead of the Tuesday’s EU interior ministers meeting in Luxembourg. But Friedrich strongly opposed to the recent suggestions made by German opposition parties to the government for relaxing the strict immigration rules and accepting more refugees to Germany.

Interior minister Friedrich argued that most of the migrants coming from African countries were “economically” motivated, rather than being refugees in need of political asylum. German minister stressed that Europe should make stronger efforts in cooperation with the African states to support development efforts in these countries. “So that people would have no reason to leave their home countries,” he stressed. Friedrich also proposed a number of measures to improve the monitoring and rescue efforts in the Mediterranean to prevent such refugee disasters.

At least 231 African migrants have died on Thursday when a boat carrying them to Europe sank off the southern Italian island of Lampedusa. It has been among the worst recent refugee disasters in the Mediterranean.

European Parliament President Martin Schulz called on Berlin on Monday to accept more refugees, stressing that the EU countries should show solidarity with their Mediterranean partners who face large waves of immigration. Martin Schulz, who is a member of German Social Democratic Party (SPD), told Bild newspaper that there is a need for a fair distribution of refugees among the EU member states.

Italy has been leading the calls within the EU to change the current European law which foresees that each immigrant should stay in the country he or she first arrived in.

Stefan Liebich, a prominent member of the German Left Party (Die Linke) has called on Germany and European countries to change their current policies and open their borders to refugees. “EU should change its asylum policy,” Liebich told Deutsclandradio on Tuesday. “I do not think that what the EU is trying to do now, protecting its borders with military means can be a solution for long-term,” he added. “And this is both immoral and ineffective,” Liebich stressed.

Despite growing calls for German government to accept more refugees, Berlin has dismissed criticisms, with the Federal Ministry of the Interior announcing that Germany has already received 65 thousand refugees last year, while Italy took 15 thousand.

Germany’s conservative interior minister Hans-Peter Friedrich on Tuesday has also called for stronger measures within the EU against what he described as economically motivated immigration that exploits Germany’s social security system.

Friedrich expressed Germany’s discomfort at growing number of immigrants who are coming to Germany from other European countries thanks to the EU’s freedom of movement principle, but not studying or working and paying their taxes. These are increasingly becoming a burden and problem for German cities and municipalities he argued and urged for measures. “Freedom of movement does not mean having a freedom to change your home country just to benefit from the higher social service standards of another country," Friedrich said.

Germany’s interior minister Hans-Peter Friedrich is a member of the Bavarian Christian Social Union (CSU), the sister party of Chancellor Angela Merkel’s Christian Democrats (CDU). The CSU is known for its strict policies and measures against illegal immigrants and with its recent election victory in September elections, CSU is likely to have a larger influence on the policies of the new federal government.

Germany’s CDU/CSU led coalition government had already been under criticism of the opposition for offering temporary asylum to just 5,000 Syrian refugees, despite the large scale of the tragedy in Syria. Germany’s Minister Hans-Peter Friedrich, has turned down repeated calls from the opposition to increase the number of Syrian refugees to be accepted to the country.  On Tuesday he repeated his call for organizing a European conference on Syrian refugees, stressing that only EU-wide measures can address this major problem.

A recent poll by Stern magazine showed that 47 percent of Germans think that offering temporary asylum to 5,000 Syrian refugees was a right decision. Only 27 percent of those surveyed said that Germany should accept more Syrian refugees.