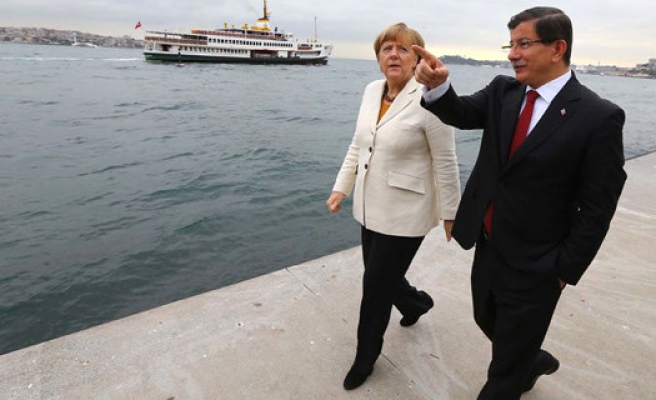 Interior Minister Thomas de Maiziere said both Europe and Turkey had a shared interest in finding a solution to Europe’s refugee crisis and Merkel’s approach was correct.

“We have to make compromises and Turkey also has to make the same,” he said in an interview with the N24 TV channel. “But opposing everything, saying this cannot happen, that cannot happen… We can get nowhere like that.”

However, Finance Minister Wolfgang Schauble said the EU and Germany needed to act as quick as possible to address the growing refugee crisis.

“We must now urgently talk with Turkey and without any reservations,” he told German press agency DPA. “The chancellor’s visit was exactly the right step to take.”

A record 577,000 asylum seekers came to Germany between January and September and German authorities are expecting 1 million asylum seekers by the end of the year.

During her visit, Merkel promised stronger financial support for Syrian refugees in Turkey and urged Ankara to accelerate a readmission agreement with the EU to take back migrants who crossed into Europe through Turkey.

The EU plan foresees closer cooperation between Brussels and Ankara in halting migrants and fighting smugglers, as well as visa free travel in Europe for Turkish nationals in return.

Asked about the criticism of Merkel's visit, Seibert said the chancellor only met government figures because the talks were centered on Syria and the refugees.