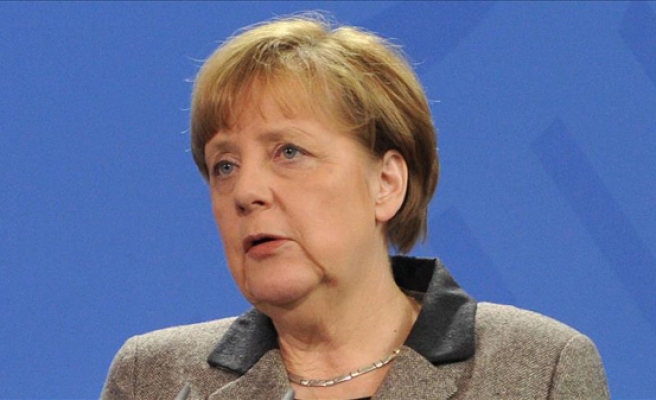 Chancellor Angela Merkel has voiced optimism about upcoming coalition talks with the liberal Free Democratic Party (FDP) and the Greens, despite her Christian Democrats suffering a heavy defeat in Sunday’s regional election in Lower Saxony.

Speaking at a news conference in Berlin on Monday, Merkel argued Sunday’s defeat would not weaken the position of her Christian Democratic Union (CDU) and its sister party the Christian Social Union (CSU) ahead of coalition talks this week.

“We are entering this exploratory talks with self-confidence as we are the strongest political force, and we would like to have fair negotiations with the others,” she said.

Merkel’s CDU lost a closely-watched regional poll in Lower Saxony on Sunday, having one of its worst election results in the northwestern state.

The Chancellor dismissed criticisms directed at her, and argued that dissatisfaction among voters with regional politics was the main reason behind CDU’s failure.

Coalition talks begin Wednesday. The FDP and the Greens are scheduled to meet on Thursday.

Merkel’s CDU and its CSU allies were the largest bloc after federal elections on Sept. 24, but failed to secure an absolute majority in the Bundestag.

They are facing tough talks as potential coalition partners differ on major issues such as European policy, migration, energy and taxes.

Top officials from the four parties are planning to hold a joint meeting on Friday to find common ground.

A potential coalition between the CDU/CSU, the liberal FDP and the Greens, is often referred to as the “Jamaica coalition”, as the traditional colors of these parties -- black, yellow and green -- correspond to Jamaica’s flag.

The far-right Alternative for Germany (AfD) has been ruled out of coalition talks by Merkel.