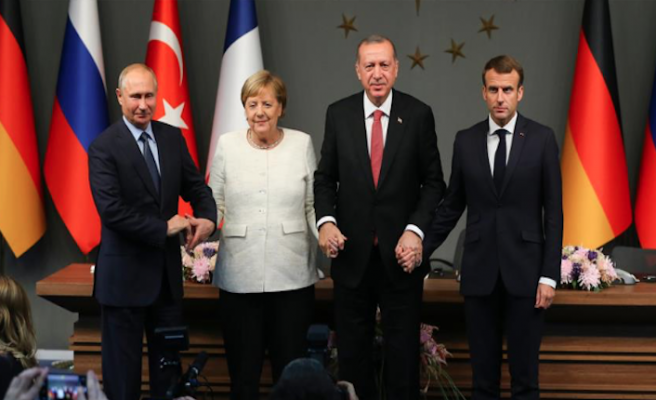 The four-nation Istanbul Summit on Syria between Turkey, Russia, Germany, and France on Saturday has been widely covered by German media outlets.

Under the headline “the quadripartite summit plans a new start for peace process in Syria”, weekly Der Spiegel’s internet page emphasized the importance of agreement between the leaders for the Syrian constitutional committee’s meeting by the end of this year.

The country's public broadcaster ARD reported that the German, Turkish, Russian and French leaders have defined “permanent ceasefire” in Syria’s Idlib province as their short-term goal.

ARD also underlined that despite doubts among some observers ahead of the meeting, the quartet summit managed to agree on a joint statement, calling for a political solution and stressing that there would be no military solution to the conflict.

Germany’s influential Sueddeutsche Zetiung daily has also highlighted the success of the summit.

“The Syrian summit in Istanbul ended with an agreement on the basic elements of a political process in Syria,” the daily reported.