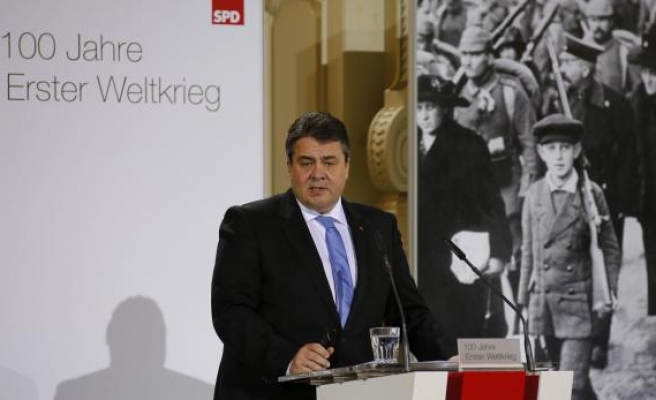 The deals concerned are a delivery of "Fennek" armored reconnaissance vehicles, made by Munich-based Krauss-Maffei Wegmann, to Qatar, and target acquisition devices that Airbus subsidiary Optronics planned to send to Saudi Arabia, the business daily said in an advance copy of an article due to be published on Wednesday.

The Airbus order was worth more than 500 million euros ($697 million), the report said.

Gabriel hopes block the deals in the Federal Security Council, a government committee that included the chancellor and cabinet members that coordinates security policy, Handelsblatt said. It did not say why he would want to do so.

The Economy Ministry declined to comment when contacted by Reuters. Neither of the companies concerned were immediately available to comment to Reuters, but Handelsblatt quoted a spokesman from Airbus Defence and Space as saying: "This order is very important for Optronics and sends out a signal about the ability of German industry to deliver."