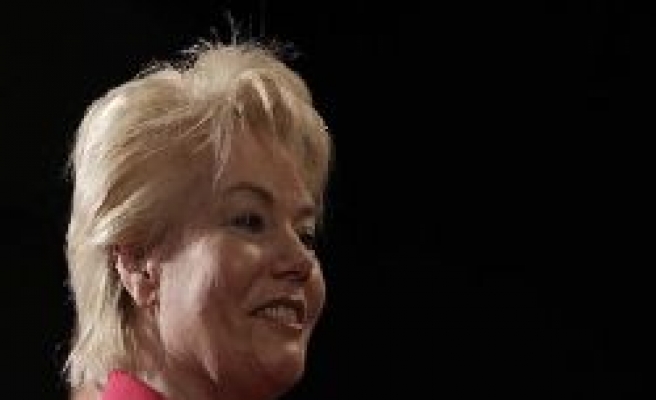 A member of Angela Merkel's conservatives who has embarrassed the German chancellor with remarks about World War Two said on Saturday the electorate would welcome a new political party further to the right.

Christian Democrat (CDU) member of parliament Erika Steinbach also said the party was wrong to condemn central bank board member Thilo Sarrazin, who quit on Thursday after accusing Muslim immigrants of sponging off the welfare state.

The rebellious comments from Steinbach, who heads a league representing 12.5 million Germans expelled from eastern Europe after World War Two, came days after she defended lobbyists who partly blamed Poland for the outbreak of the conflict.

"If someone with charisma set out to found a new, really conservative party, he would easily overcome the 5 percent hurdle," she told Welt am Sonntag newspaper, referring to the minimum vote share required for a party to enter parliament.

The remarks are a slap in the face for Merkel, who heads the centre-right CDU, and whose approval ratings are sagging. Steinbach, who has already said she will leave the party's executive committee after causing widespread outrage with her comments on the war, criticised Merkel's leadership as too centrist.

On the sensitive topic of Sarrazin, who caused a furore by arguing in a book that Muslim immigrants refused to integrate and lowered the national intelligence, she challenged the line taken by Merkel and the CDU.

"(It was) an elementary mistake to thrash the man together with the left-wingers," she told the paper, adding: "What Sarrazin is saying, that is an issue for us."

Steinbach, whom one German paper has dubbed "the female Sarrazin", sparked outrage at a meeting of the CDU's parliamentary party last Wednesday when she leapt to defend two members of the League of Expellees (BdV) that she chairs.

One of the two, Hartmut Saenger, wrote last year in a newspaper that Poland's aggressive behaviour, mobilisation and common front with Britain and France had pushed Hitler into an alliance with Stalin, igniting the war.

Merkel has, through her spokesman, said the comments were over-interpreted, and that nobody was questioning the fact that Germany was responsible for the war. Poland's ambassador to Germany has said the remarks reminded him of Nazi propaganda but added they did not damage the two countries' strong ties.

At a BdV annual "Day of the Homeland" on Saturday, Steinbach again defended those who said Poland shared blame for the war, saying: "I won't allow them to be stigmatised, after all we are living in a democracy."

In a redrawing of international borders after the war, German communities were forced to leave their homes in Poland, Hungary and Czechoslovakia.

Steinbach's BdV is the driving force behind a planned museum to commemorate the expulsions. The initiative has fanned tension between Berlin and Warsaw because of Polish fears the centre may portray Germans as victims of a war that Adolf Hitler began.