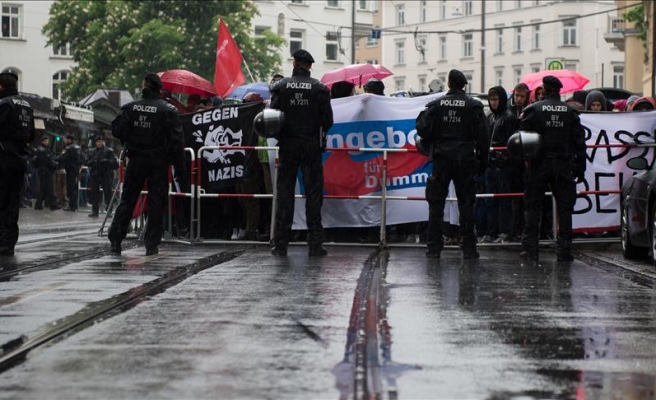 Germany’s Muslim community is voicing concern over the surge of the far-right Alternative for Germany (AfD) in Sunday’s federal election.

Aiman Mazyek, who chairs the Central Council of Muslims in Germany (ZMD), said they feared increased discrimination and violence after the AfD became the third-biggest party.

“The AfD have changed the political climate, and now it is poisoning it,” he said.

“Of course we have some fears. We worry about attacks targeting Muslims, which has already risen to alarming levels in Germany,” he said.

The AfD adopted explicitly anti-Islamic rhetoric during the election campaign and argued that the country was under the threat of “Islamization” especially after nearly one million refugees, mostly from Syria and Iraq, arrived since 2015.

Mazyek said the AfD’s anti-Islam propaganda might lead to growing discrimination against Muslims in the coming days and also encourage extremists to carry out attacks targeting mosques.

Germany is home to nearly 4.7 million Muslims, and three million are of Turkish origin. Many of them are second or third-generations of Turkish families who migrated to Germany in the 1960s and are well-integrated.

The AfD attacked Chancellor Angela Merkel’s open-door policy for refugees during its election campaign and its leaders repeatedly argued that Islam does not belong in Germany.

Mazyek said the ill-informed public discussion about refugees, Muslims and Islam in the past few years contributed to the rise of the AfD, which succeeded in passing a national 5-percent electoral threshold.

“The far-right and the extremists have exploited the endless debate on refugees, Islam or Turkey,” he said, referring to the often negative media coverage about refugees and Muslims.

Mazyek underlined that during the pre-election debate, real problems on social security issues, pensions or unemployment were often neglected.

The AfD has become the third-strongest party in the Bundestag after winning 12.6 percent of the vote in Sunday’s election, gaining 94 out of 709 seats.

Mazyek urged mainstream parties not to drift into the same populist rhetoric of the AfD, but take a clear stance against the party.

“The ultimate goal of the AfD is to abolish our liberal democratic system. They want to have a new republic,” he warned.