Frank Walter-Steinmeier, said on Monday he was taking several weeks off politics to donate a kidney to his wife. 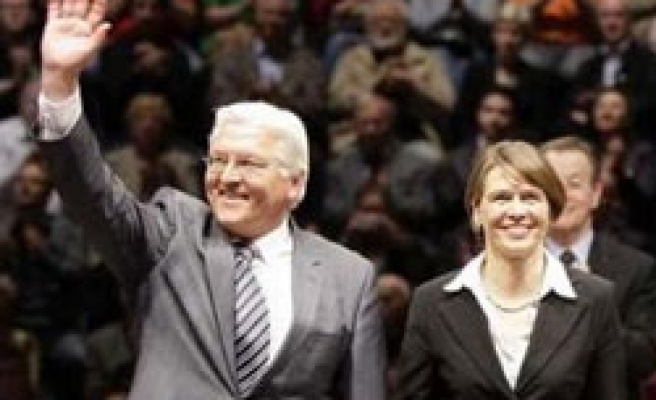 The parliamentary leader of Germany's main opposition Social Democrats (SPD), Frank Walter-Steinmeier, said on Monday he was taking several weeks off politics to donate a kidney to his wife.

Steinmeier, a potential challenger to Chancellor Angela Merkel in 2013 who served as foreign minister from 2005 to 2009, told a hastily-arranged news conference his wife was seriously ill and urgently needed a kidney transplant.

"Owing to the lack of any alternative and because preliminary investigations permit it, I myself will be the organ donor," the 54-year-old told reporters.

Steinmeier said he was withdrawing from politics with immediate effect and would begin medical treatment this afternoon. The operation is due to take place this week.

Steinmeier, who leads the centre-left SPD in the Bundestag (lower house of parliament), said he hoped to be back at work in October. His place in the Bundestag will be taken by the party's deputy leader in parliament, SPD veteran Joachim Poss, he said.