Germany now faces daily clashes in refugee centres, a rising far-right, and dissent among the ranks of Angela Merkel’s government 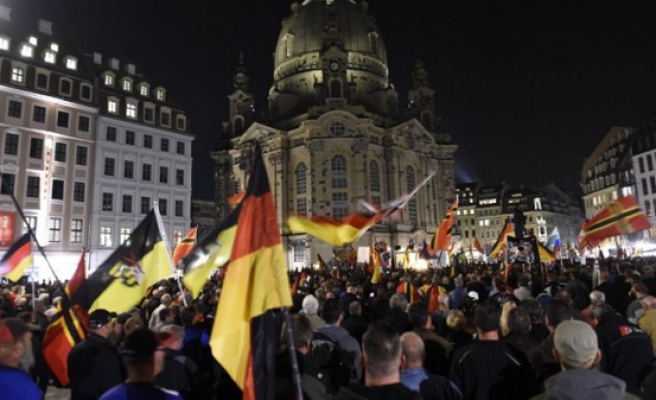 Almost declared dead only months ago, Germany's populist far-right is seeking a comeback amid a record wave of asylum-seekers, hoping to anchor itself in mainstream politics.

As Chancellor Angela Merkel has opened the doors to unprecedented numbers of refugees, she initially earned popular support but also quickly faced xenophobic hecklers who angrily branded her a "traitor" and worse.

Anti-foreigner fury has flared most visibly at rallies of the resurgent PEGIDA movement, short for "Patriotic Europeans Against the Islamisation of the Occident".

"Merkel is guilty, commits ethnocide against the German people," read a banner at last week's protest in Dresden, Saxony state, in the former communist East where PEGIDA emerged one year ago next week.

Waving flags, the agitated crowd of about 9,000 cheered co-founder Lutz Bachmann, 42, who was charged recently with inciting racial hatred by labelling migrants "animals", "trash" and "filthy rabble" on social media.

Bachmann had drawn up to 25,000 people onto the streets in January before his inflammatory Facebook postings caught up with him, along with a "selfie" picture that showed him sporting a Hitler moustache and hair-do.

The resulting uproar led to a leadership split before PEGIDA disappeared from the streets and the newspaper headlines.

Also hoping for a revival is the populist-nationalist Alternative for Germany (AfD), once a mainly anti-euro fringe party that has shifted to the right after an internal split.

Its current leader Frauke Petry, from Saxony, called Friday for an "immediate stop" to the flow of asylum-seekers into the country while her party announced it would file a criminal complaint of "human trafficking" against Merkel.