German sees no optimism on Ukraine after talks in Moscow, Kiev

Around 140 Ukrainian soldiers have been killed since the ceasefire was declared, according to Ukraine's military 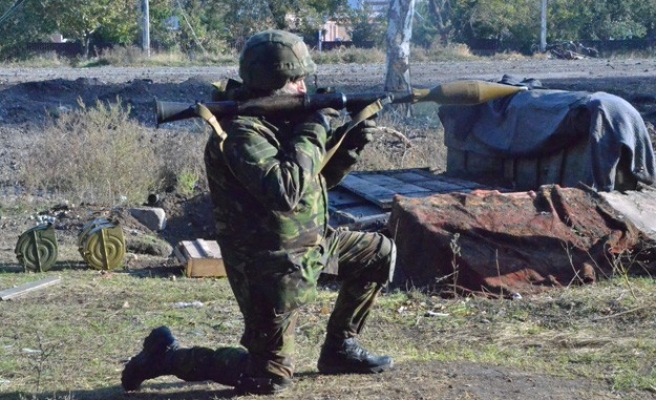 Germany's foreign minister saw "no reason for optimism" after talks on Tuesday in Moscow and Kiev on the Ukraine conflict that has claimed more than 4,000 lives and caused a deep rift between Russia and the West.

Violence is rising again despite more than two months of ceasefire. Kiev and the West say Russia is sending soldiers and weapons to help pro-Russian rebels, a charge the Kremlin denies.

"There is no reason for optimism in the current situation," Frank-Walter Steinmeier told a news conference with Russian Foreign Minister Sergei Lavrov after their talks in Moscow. "If I was pleased with the situation, I wouldn't be here."

The West has imposed sanctions on Russia, which is increasingly isolated over the conflict in Ukraine, where pro-Russian rebels are fighting Ukrainian troops to split parts of the eastern Donetsk and Luhansk regions from Kiev.

Lavrov sought to play up Russia's "partnership" dialogue with Berlin. Steinmeier was the first high-level German official to visit Moscow in months.

Both ministers stressed the need to implement the so-called Minsk agreements clinched between Moscow, Kiev and the rebels under the auspices of the Organisation for Security and Cooperation in Europe (OSCE).

But differences between them were on display at the news conference, with both looking visibly uncomfortable at times.

Lavrov said dialogue between the rival sides should take into account the Nov.2 vote that separatists organised on the territory they control in defiance of Ukraine's parliamentary polls held days earlier and protestations from the West.

The east Ukraine crisis has thrown Moscow's ties with the European Union and the United States into disarray.

Striking a defiant tone on Tuesday, Putin accused Washington of trying to subjugate Russia and warned that would never succeed.

Lavrov said Moscow would not "plead" with Western powers to lift the sanctions, which are straining its troubled economy.

World leaders piled pressure on Putin over Ukraine during a weekend G20 summit in Australia, where he and German Chancellor Angela Merkel held 3-1/2 hours of talks.

After the summit, Merkel accused Moscow of threatening the post-Cold War peace in Europe in some of her toughest remarks in recent months.

"After the horror of the two world wars and the end of the Cold War, this calls into question the peaceful order in Europe," she said, warning Moscow could seek to destabilise other countries like Moldova and Serbia.

Kiev said on Tuesday six Ukrainian soldiers had been killed in the past 24 hours, bringing to more than 140 the number of government troops killed since the Sept.5 ceasefire.

Ukrainian Prime Minister Arseny Yatseniuk told Steinmeier during his Tuesday stop-over in Kiev that Russia and the rebels were violating the Minsk agreements.

"Russia should do what it signed up to and promised the whole world it would do," Yatseniuk said.